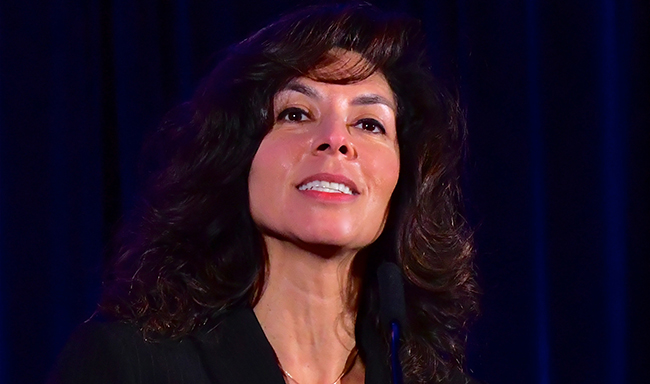 Judge Tabaddor warned that the Justice Department is imposing artificial quotas on judges demanding that they hear 700 cases per year. The quotas will leave judges with insufficient time to hear testimony and read case files, she added.

“We have quotas and deadlines, we have judges being removed from cases because the Justice Department is not happy with the decisions that they’re making, Judge Tabbador told the San Jose Mercury News, which reported on her speech. “That kind of interference with the decision-making authority of the judges is frankly unprecedented.”

You can watch it here in English or Spanish:

After Judge Tabaddor spoke, we held a panel discussion on immigration. Participating in the panel were:
Veronica Aguilar, an undocumented immigrant from El Salvador, who was recently detained for nine months on immigration charges.

Leah Spelman, the executive director of Partnership for Trauma Recovery, an organization that addresses the psychosocial impacts of trauma among international survivors of human rights abuses.

Layla Razavi, the policy director at the California Immigrant Policy Center. Her work focuses on expanding due process protections for immigrants and communities of color at the state and national levels, including the right to legal counsel for immigrants facing deportation proceedings.

You can watch the panel here in English or Spanish: