In a forceful demonstration of solidarity with striking Kaiser Permanente engineers and outrage over Kaiser’s chronic underfunding of behavioral health care, NUHW social workers, therapists, and psychologists fanned out to Kaiser hospitals across Northern California for a one-day strike.

The picket lines formed before dawn and culminated with hundreds of red-clad NUHW members, along with allied nurses and engineers, marching through downtown Oakland for a rally outside Kaiser’s corporate headquarters.

“You can say you are bargaining in good faith, but the results are in what shows up out here,” Jason Lechner, an addiction medicine therapist, told KPIX-5 from the Oakland picket line.

The strike was also covered by KTVU-2, KGO-7, Telemundo and the San Jose Mercury News/East Bay Times in the Bay Area; ABC-10 and the Sacramento Bee in Sacramento; and KMPH and ABC30 in Fresno.

For more photos, see the slideshow below.

“I want to thank the solidarity that we’ve had the last few weeks,” Mark Sutherland, a Kaiser engineer, told NUHW members in Oakland, recognizing that several NUHW members had also staged individual sympathy strikes with the engineers who had been on strike for 63 days.

Outside a nearby Kaiser corporate office building, mental clinicians, nurses, and engineers chanted together, “We’re all essential workers.”

When Gioia told clinicians, “I know you don’t like having to tell your patients we can’t make your next appointment for another month,” one clinician responded, “Three months.”

Friday’s solidarity strike was an opportunity for clinicians to support the engineers, who went on sympathy strikes with NUHW and also inform the public that Kaiser is refusing to consider contract proposals to dramatically increase mental health staffing and improve access to care.

Mickey Fitzpatrick, a psychologist at Kaiser Pleasanton, told the Mercury News his next appointment isn’t until January.

“We’re grossly understaffed and caseloads exceeding into the hundreds,” Fitzpatick told the paper. “It’s unethical to force clients to wait one or two months, sometimes three months for therapy appointments, and it’s incongruent with their standard of care that suggests for therapy to be effective, for clients to be seen in intervals of one to two weeks.”

“I have worked for Kaiser for 20 years and I have never seen it this bad,” he said. “I work in the emergency room. The overdoses, the suicide attempts, the people in crisis, it has multiplied by at least four times. It takes eight weeks for people who are suffering to get care. It’s unconscionable.”

Levin added, “In contract negotiations, via Zoom, Kaiser has nothing to bring to the table. They turn off their cameras after 10 minutes. They offer nothing.”

Matt Hannon, a psychologist for Kaiser in Daly City, said during the rally: “Kaiser needs to provide the funding and staffing necessary to provide adequate health care. It is typical for Kaiser patients to wait eight weeks between appointments. There is no form of therapy that works anywhere when the sessions are eight weeks apart. None. Zip. Nada.” 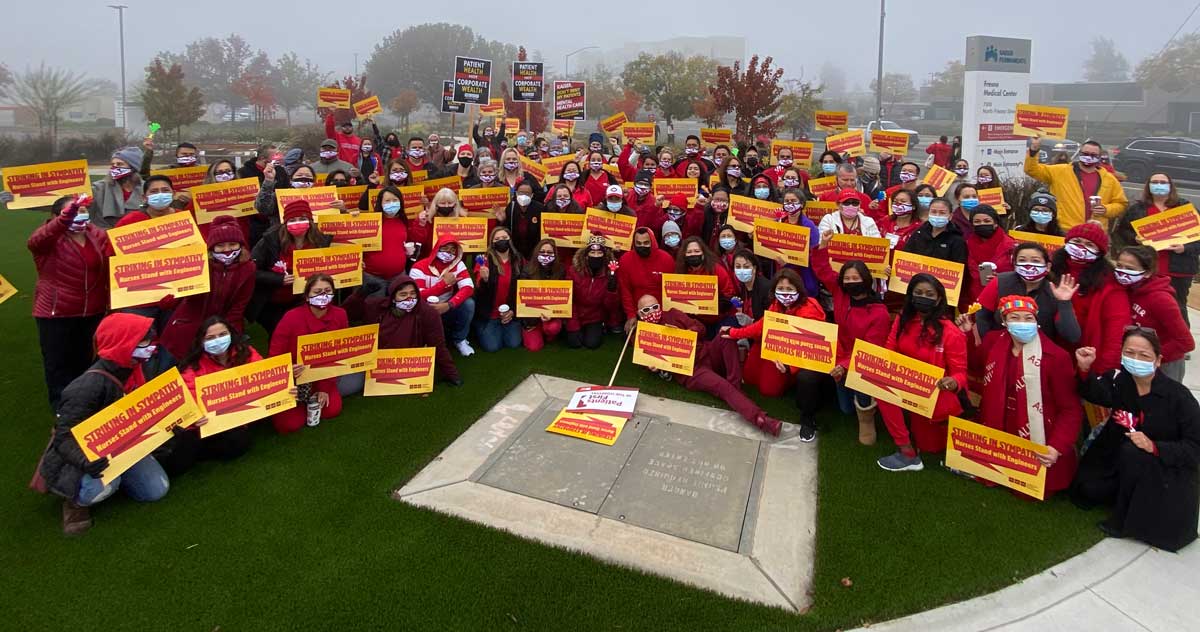 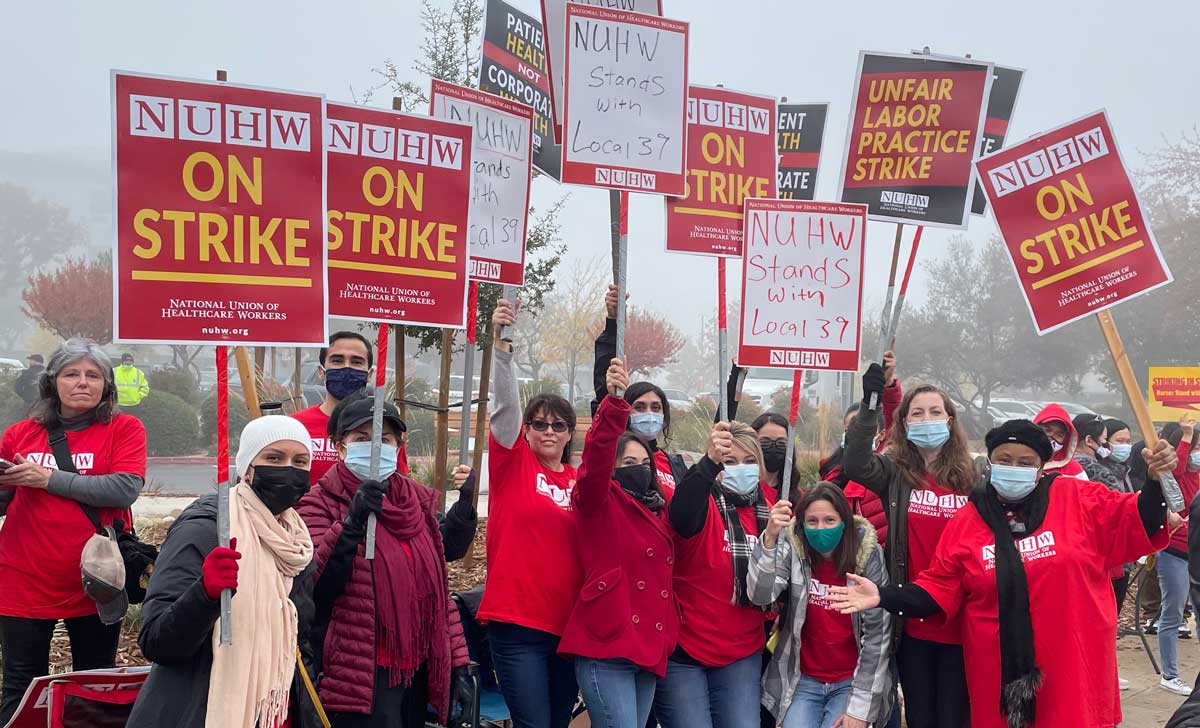 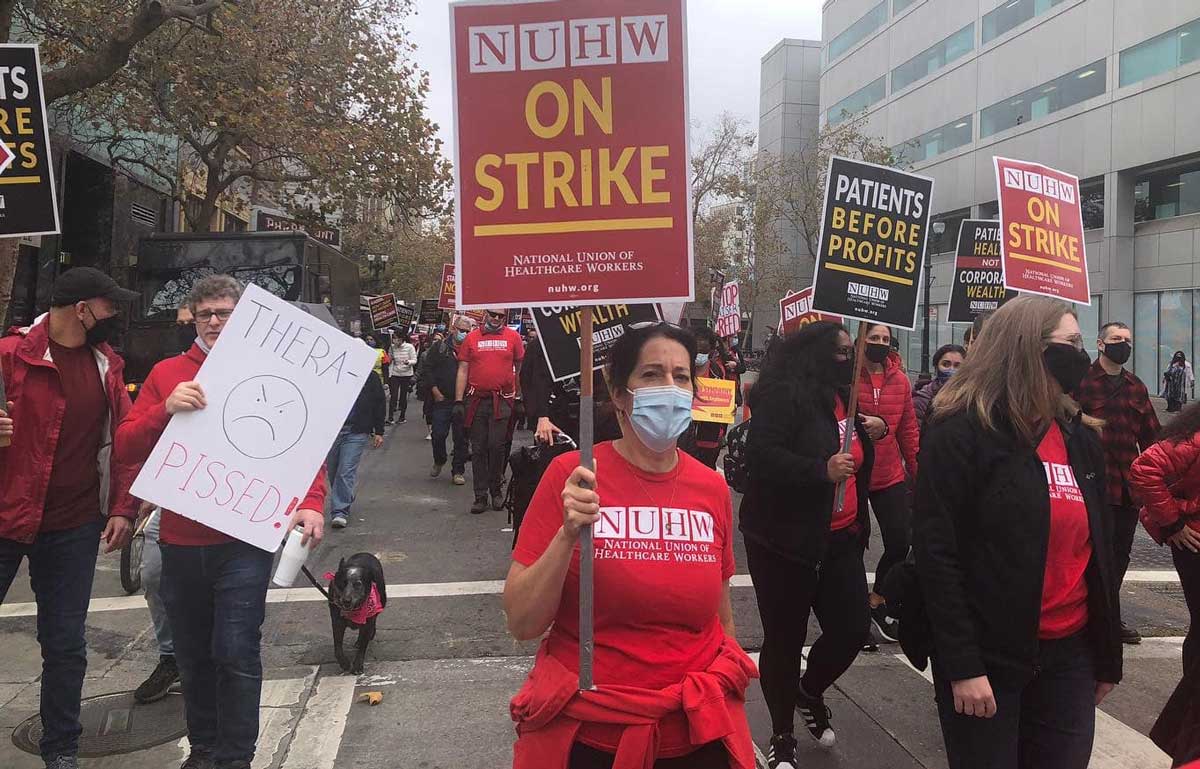 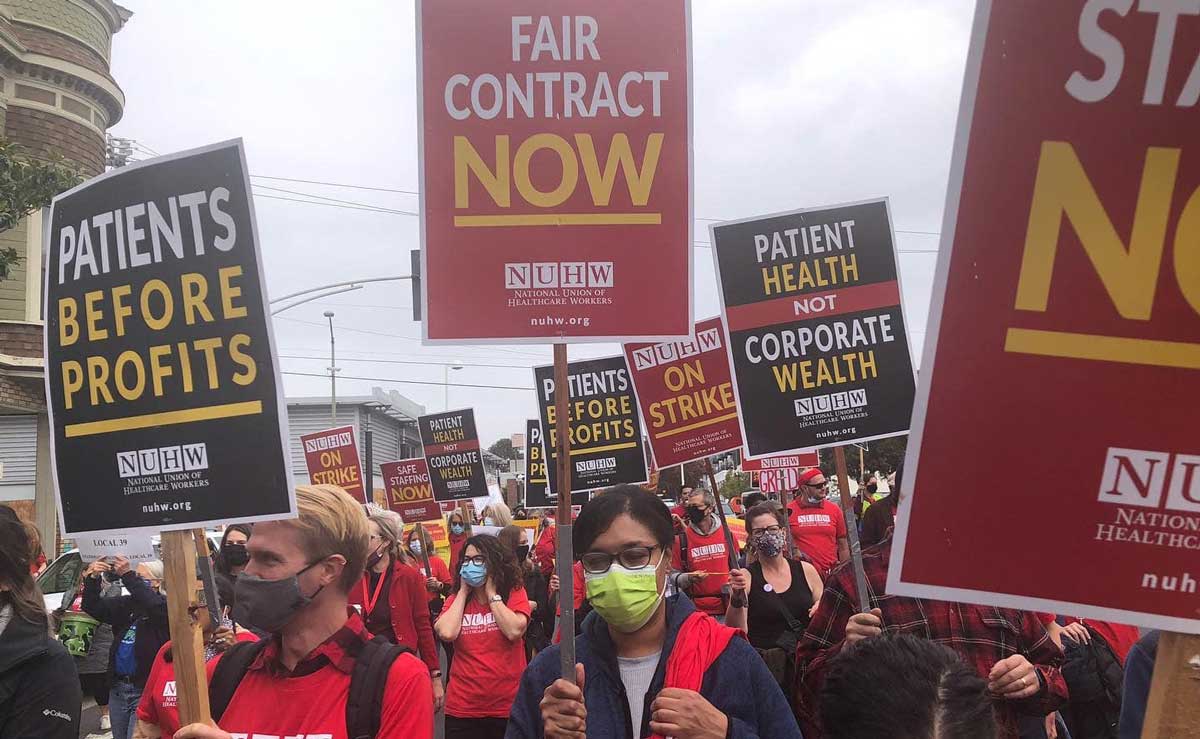 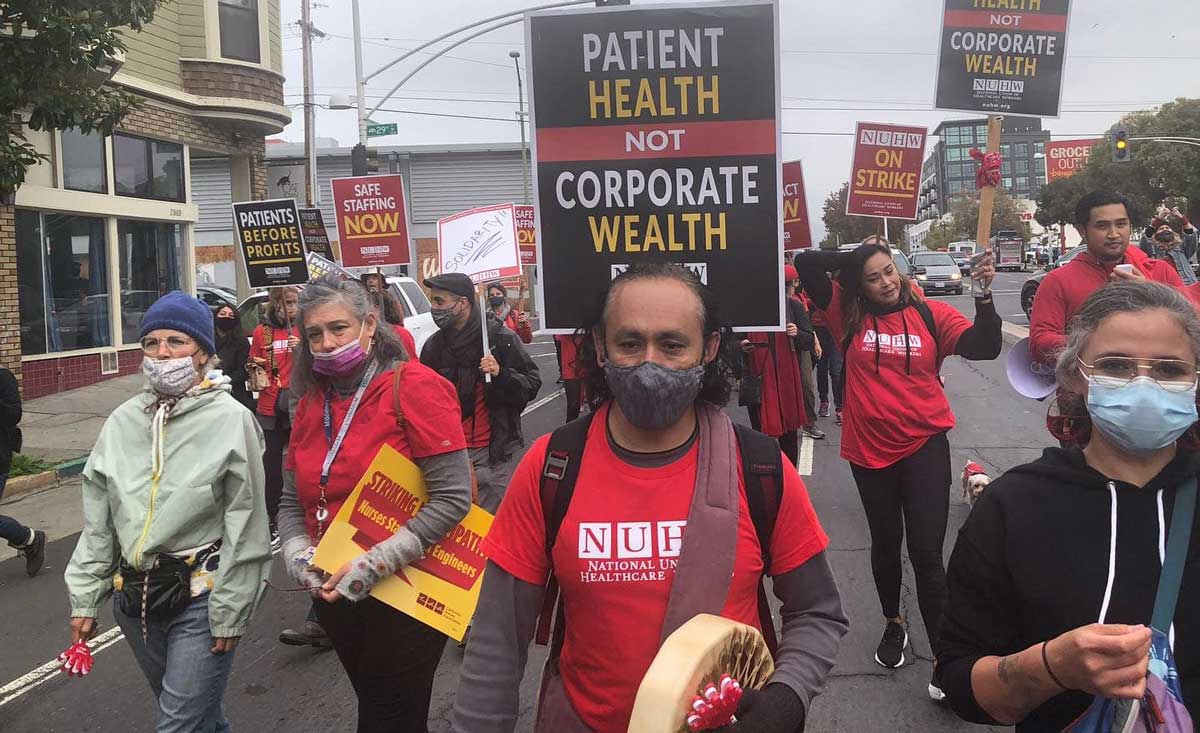 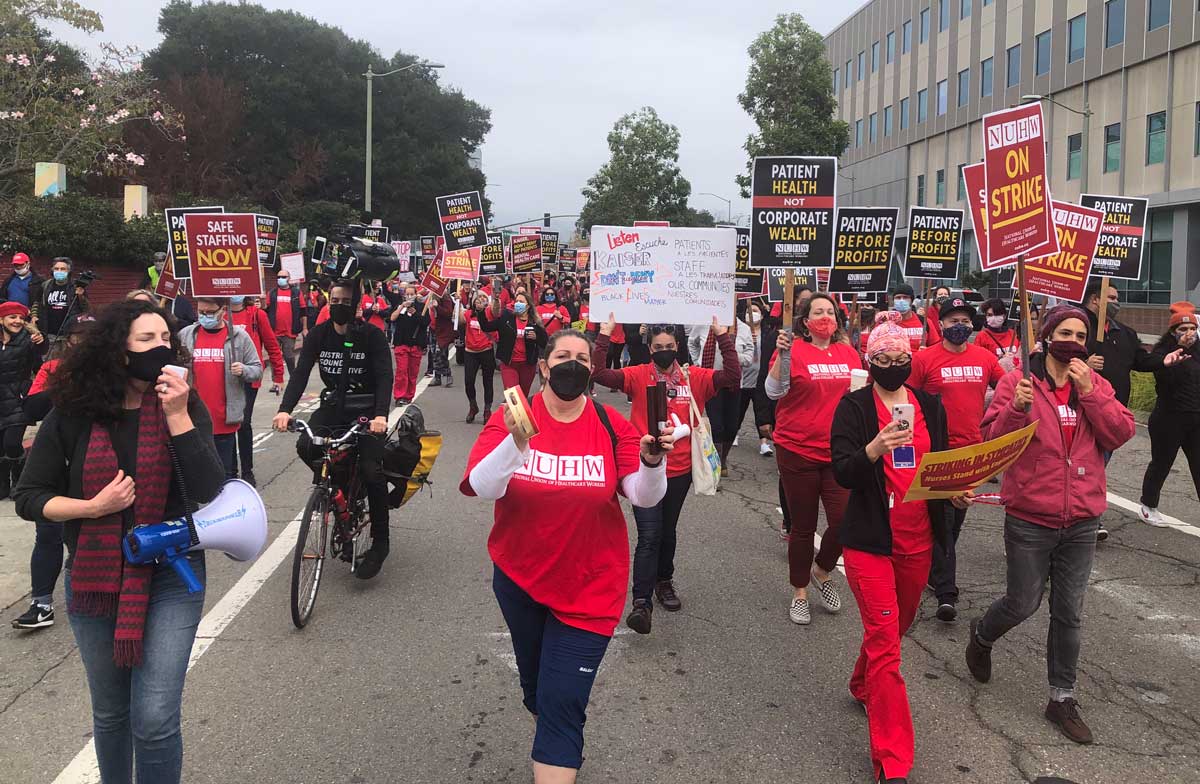 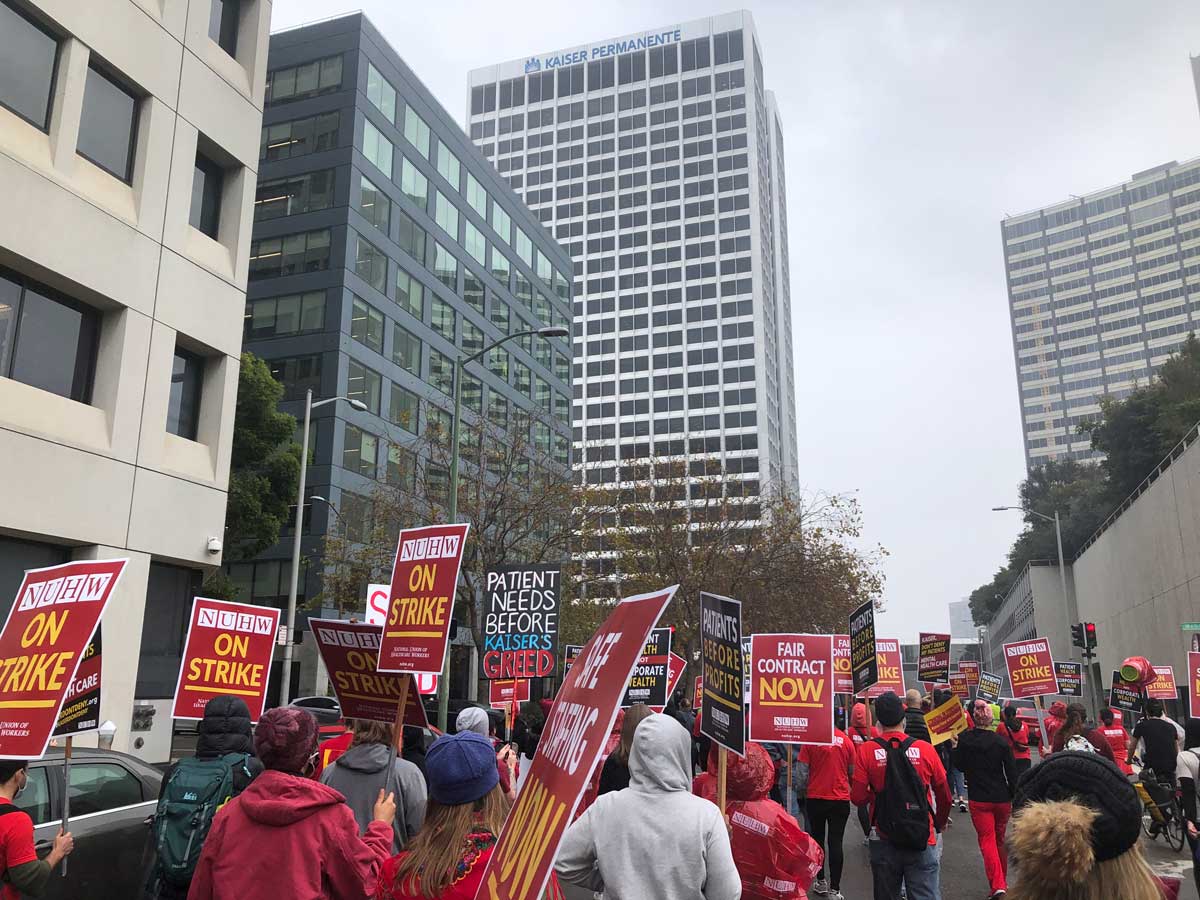 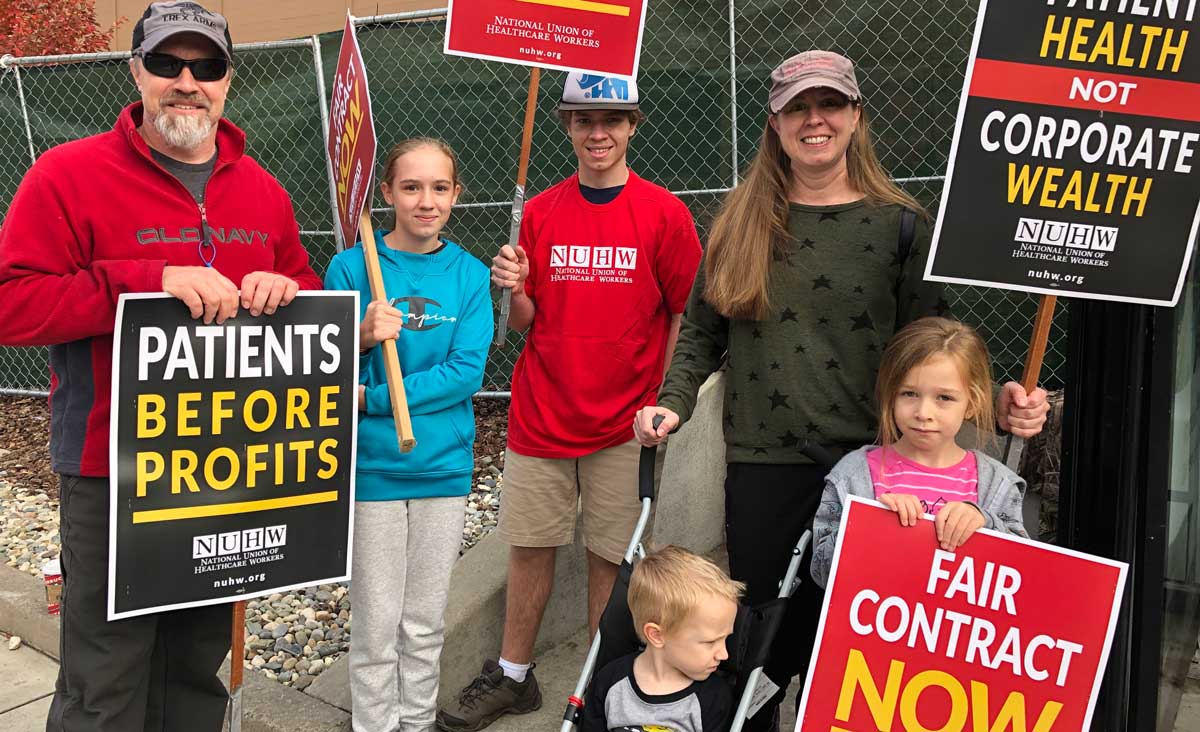 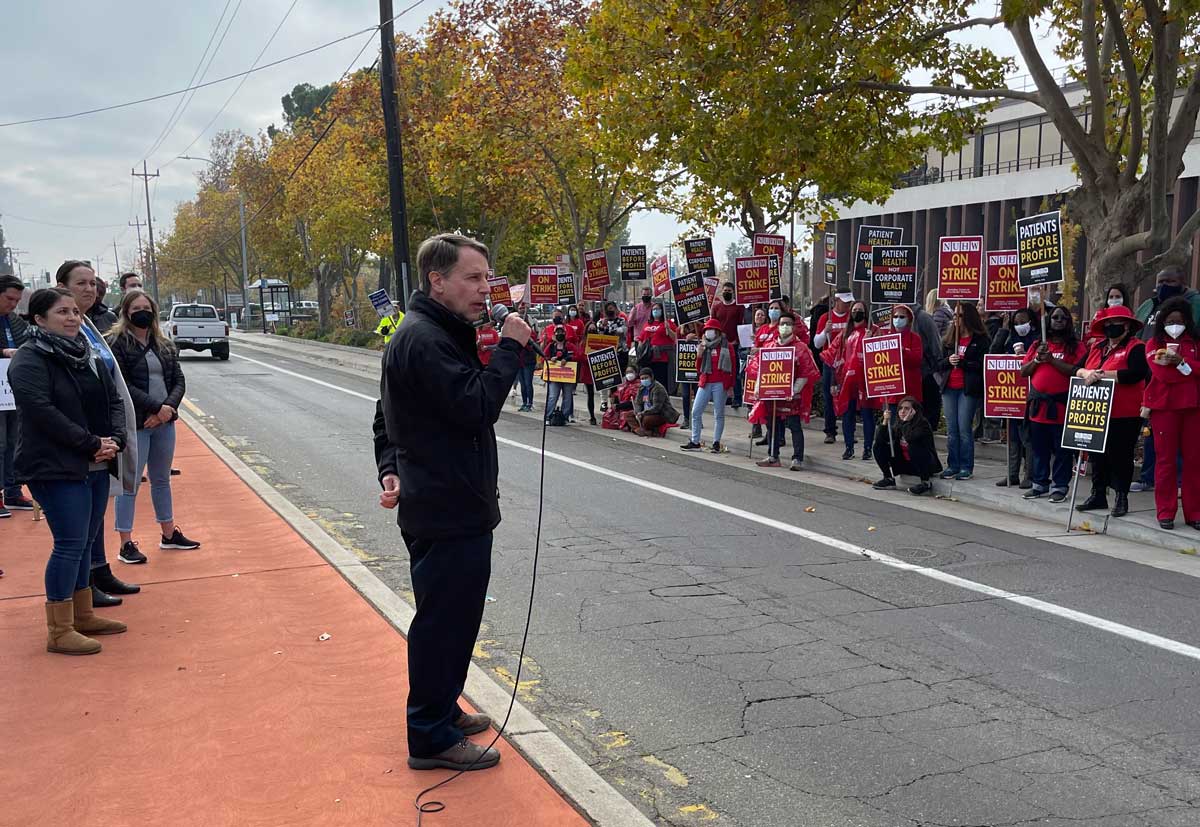 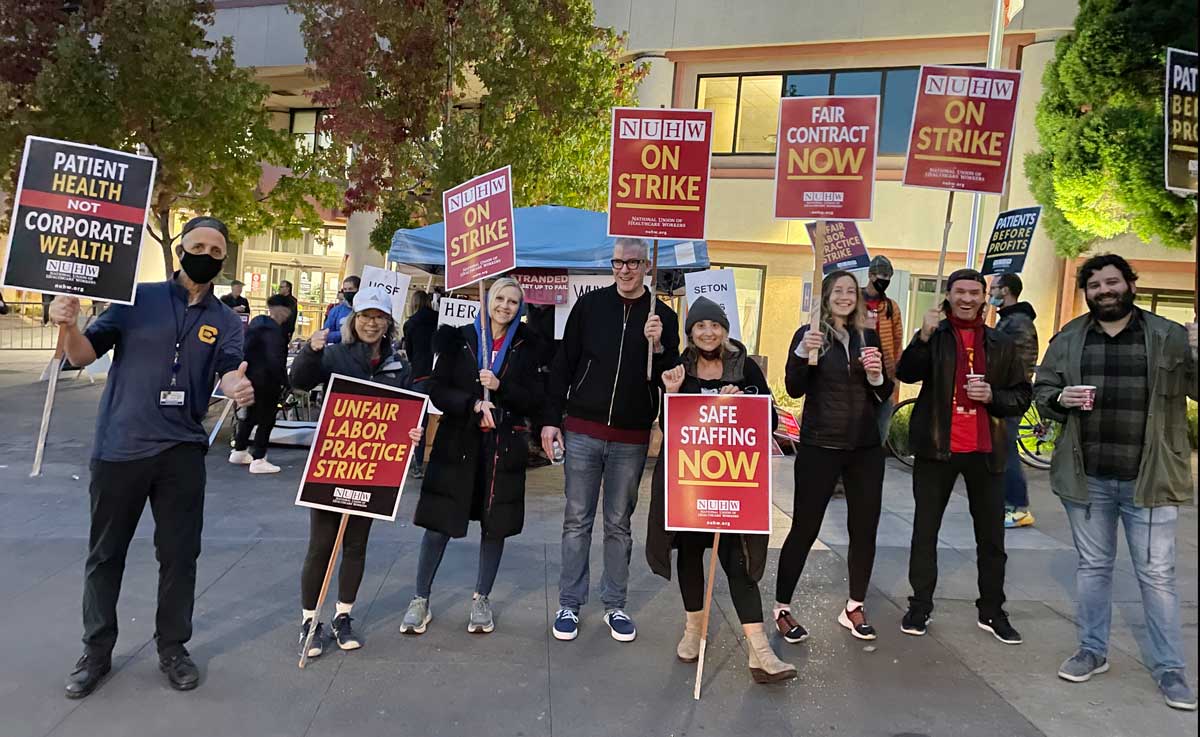 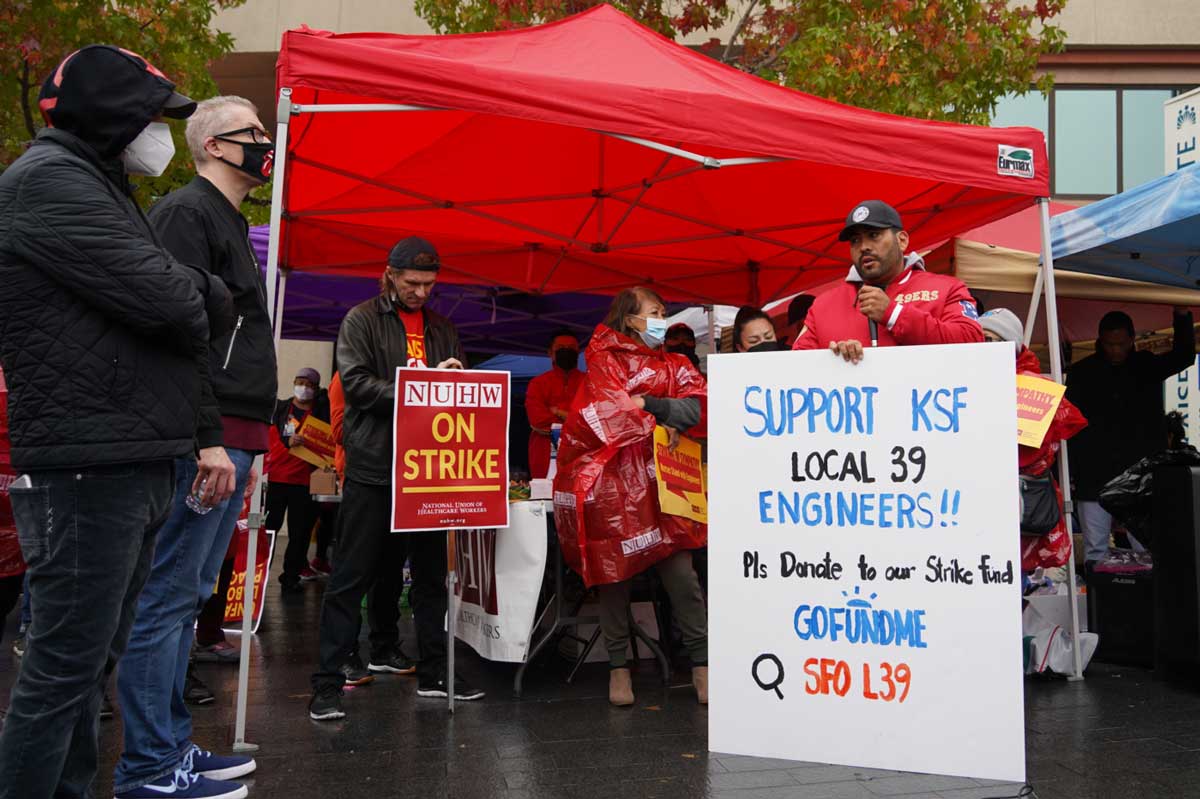 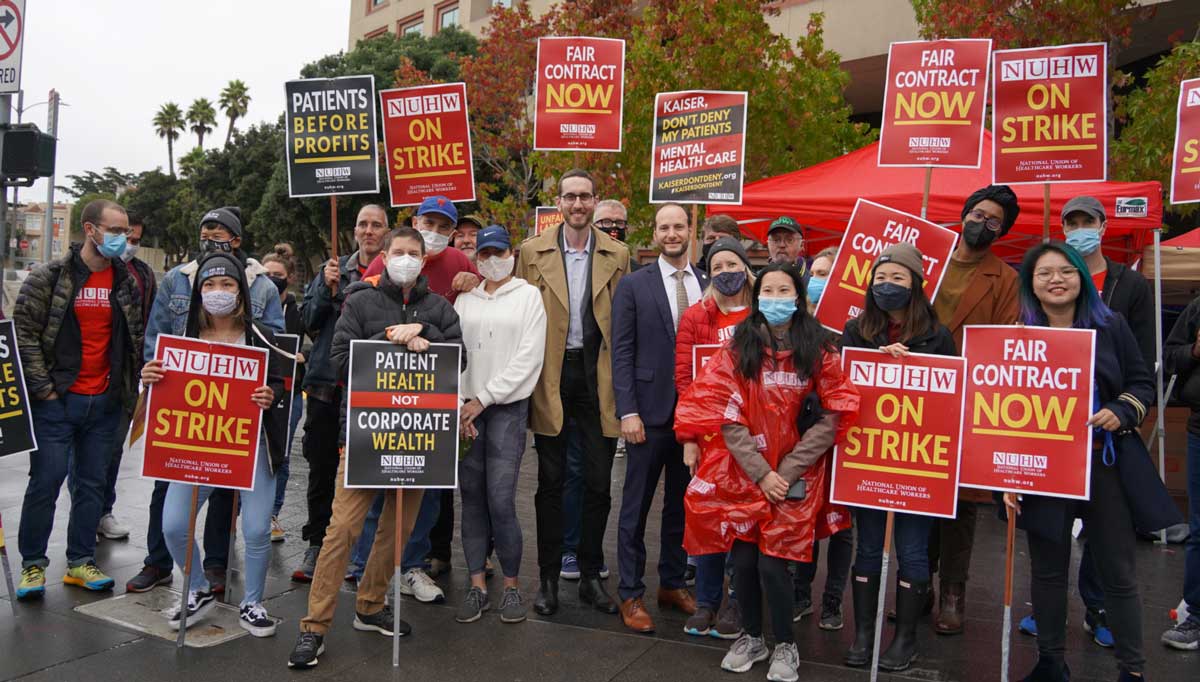 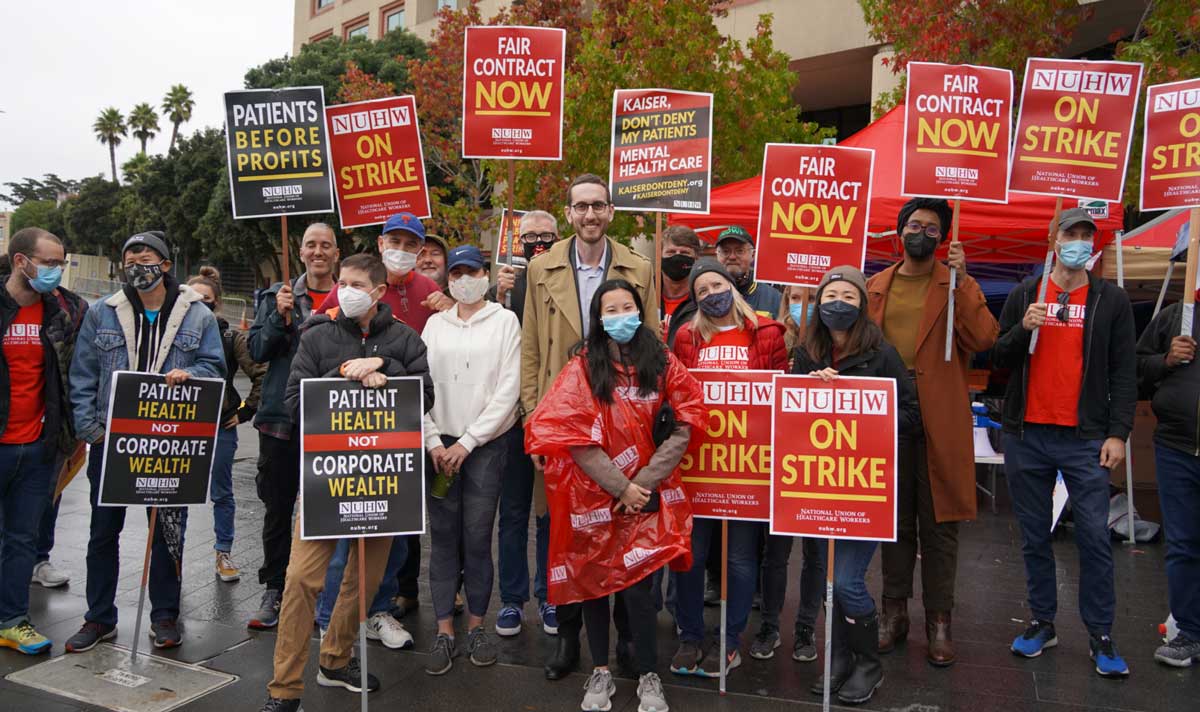 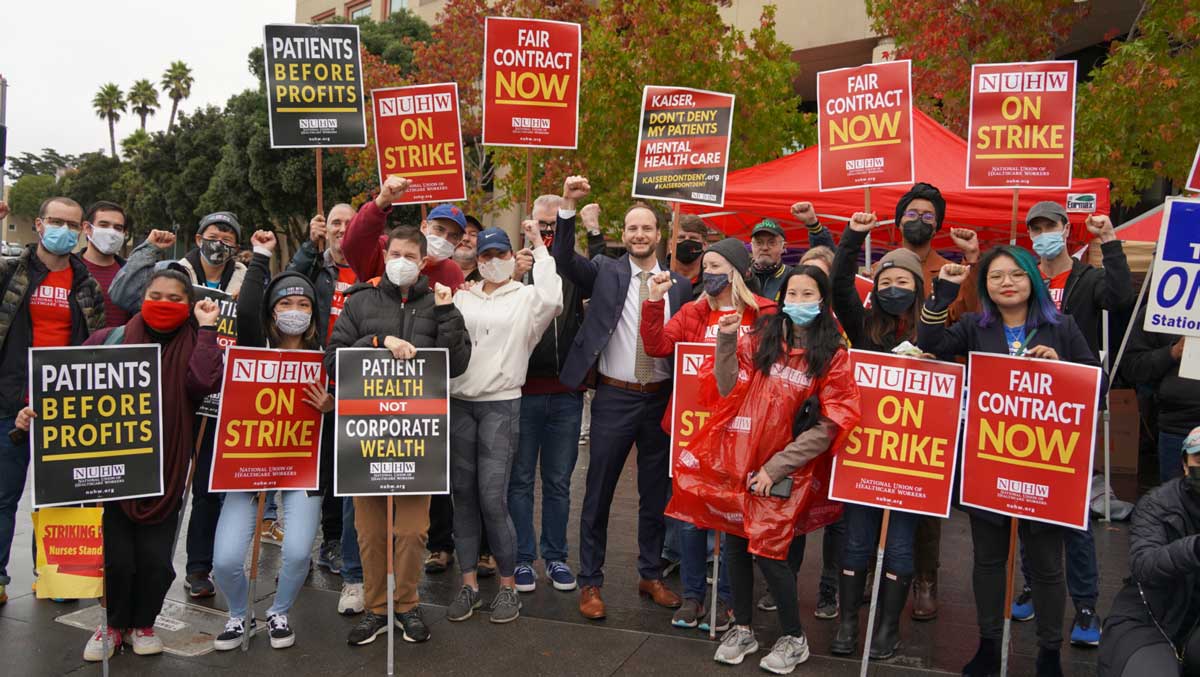 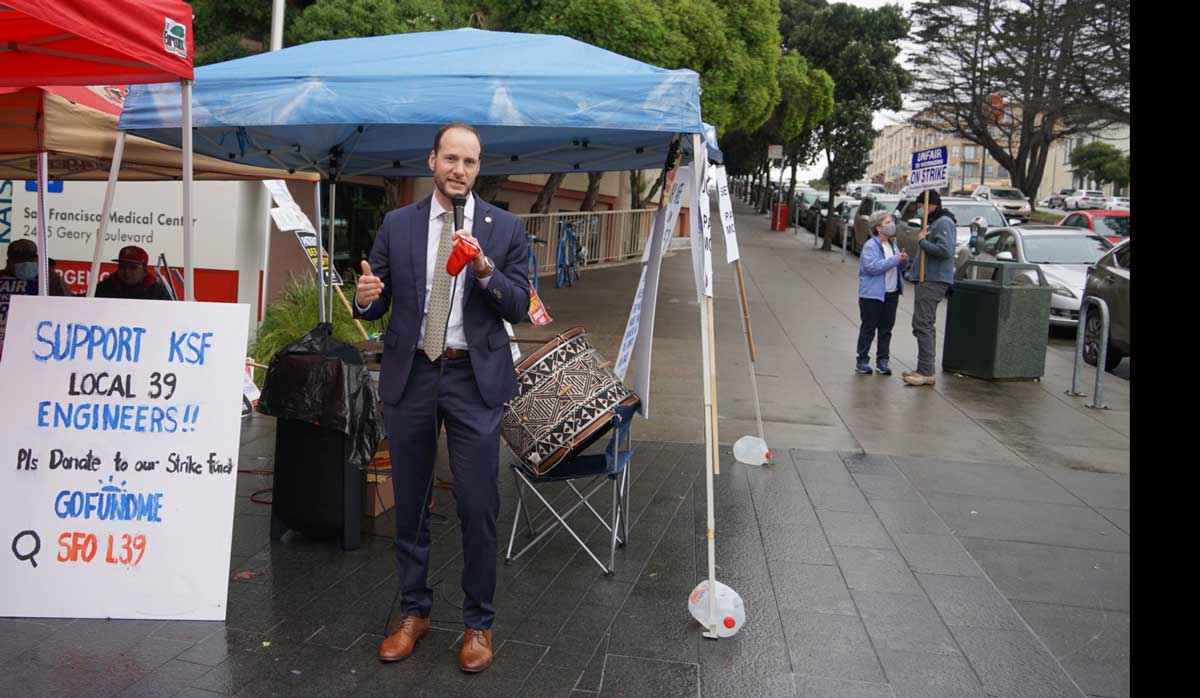 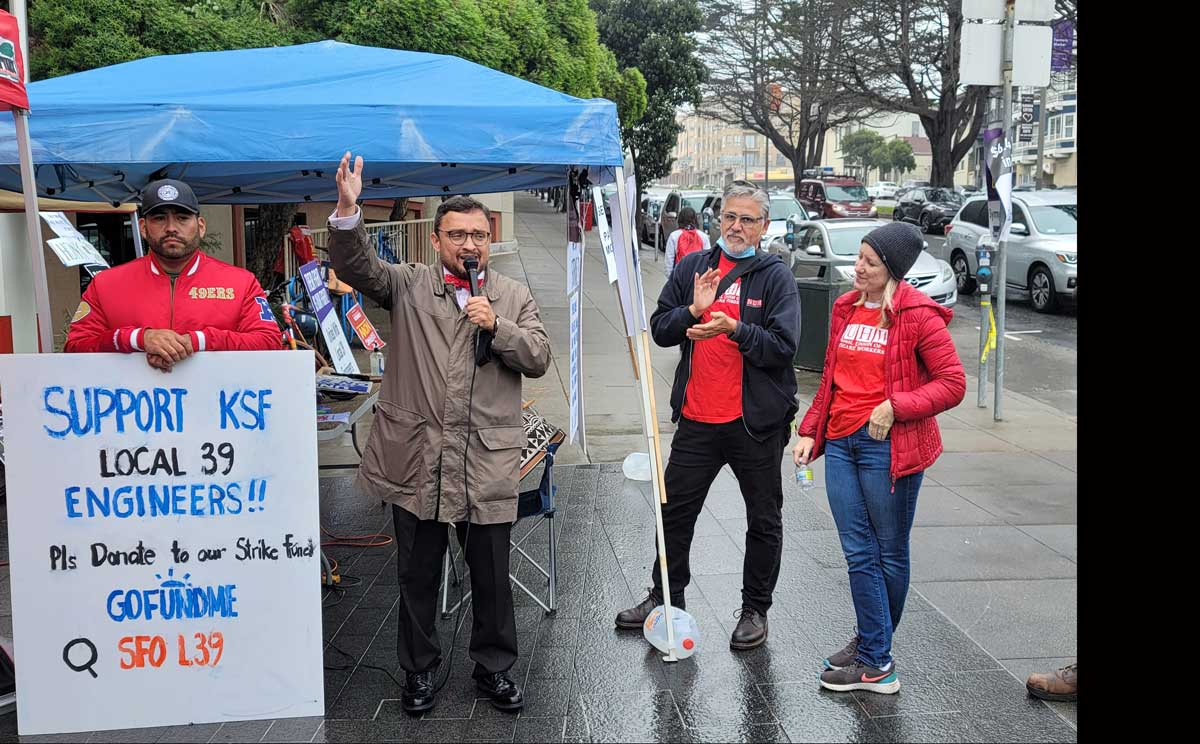 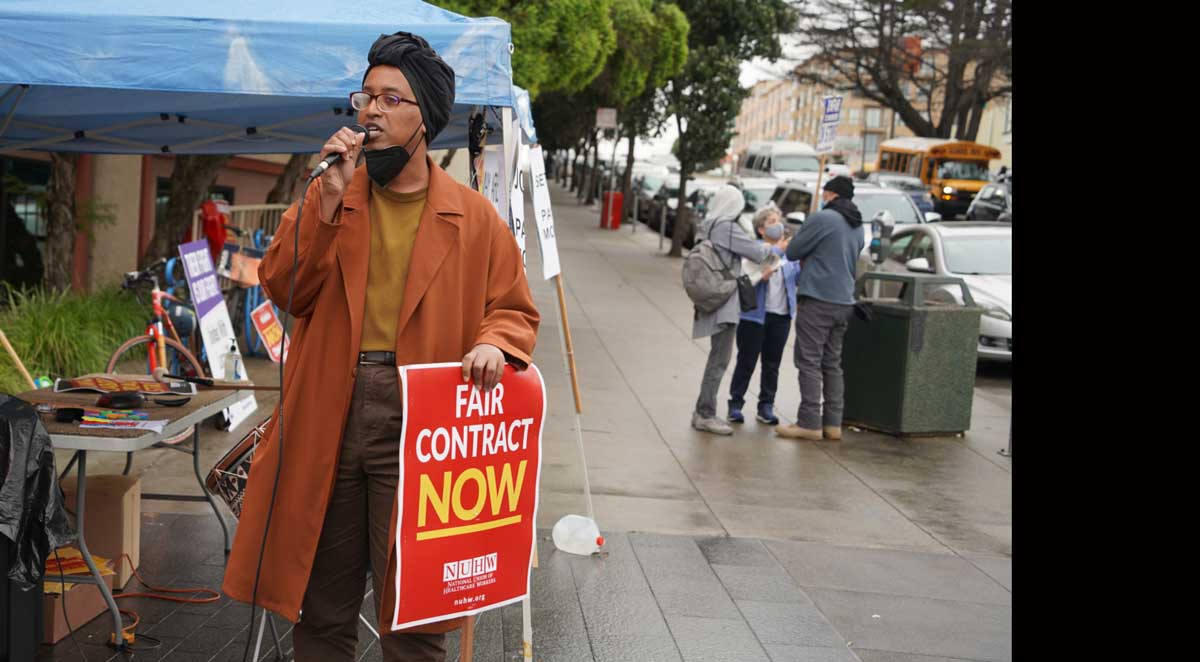 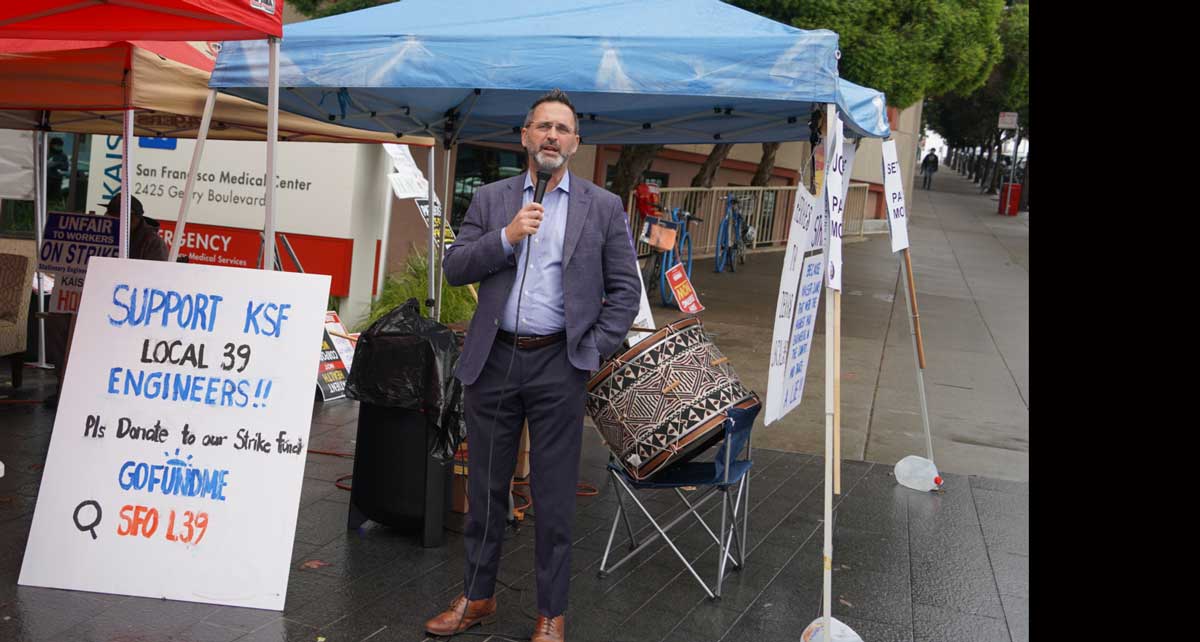 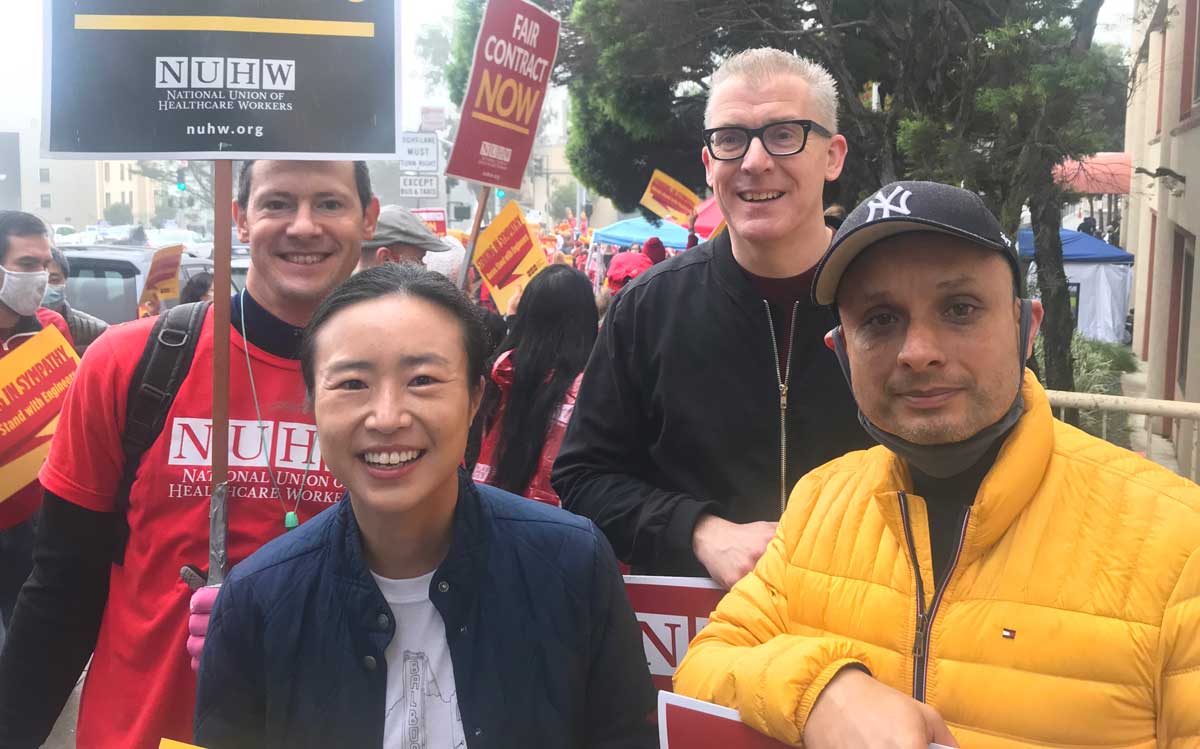 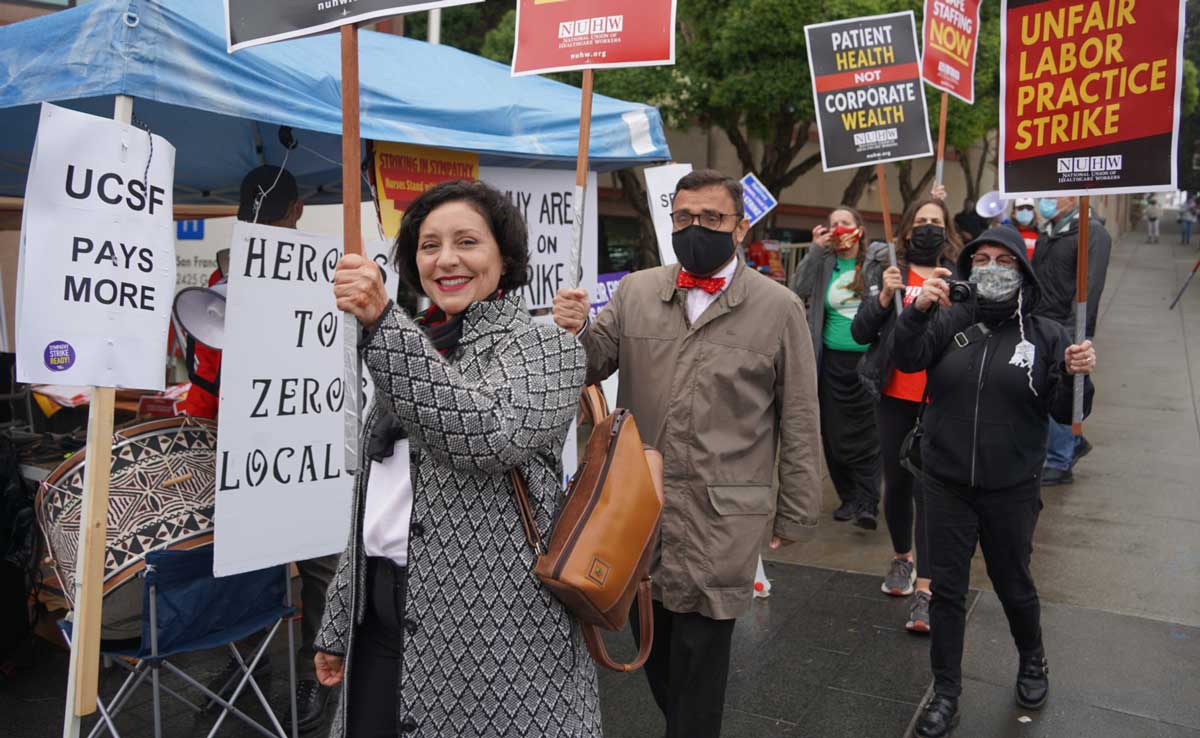 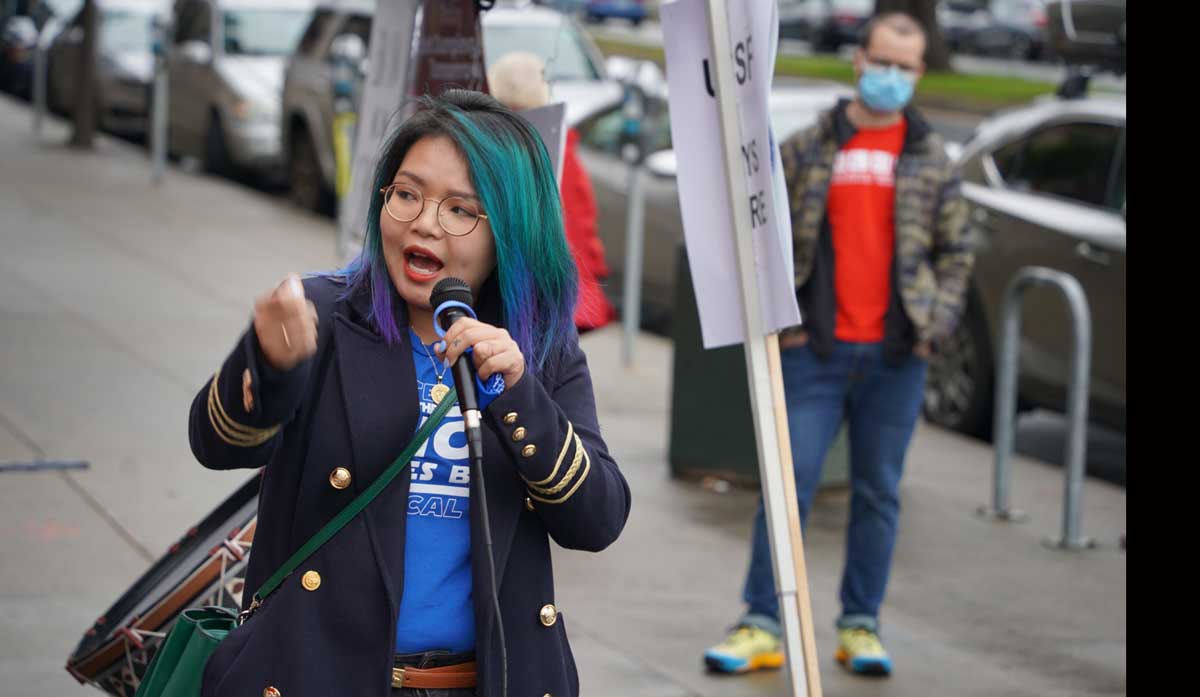 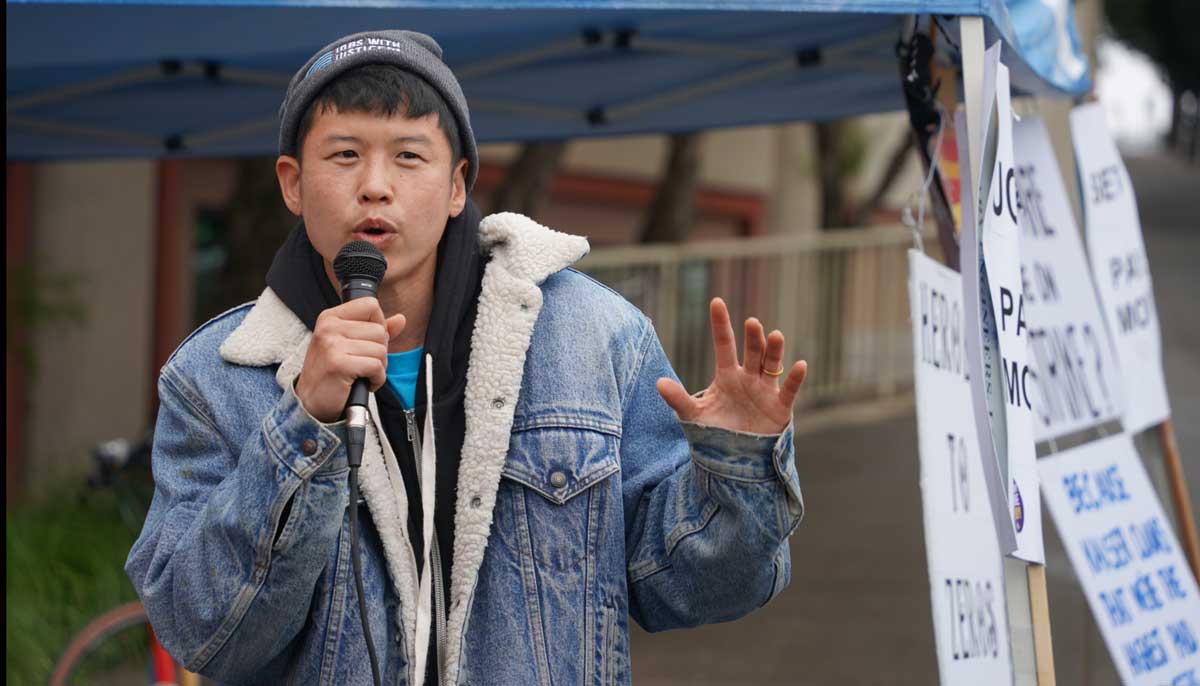 A member of IFPTE L-21 in San Francisco 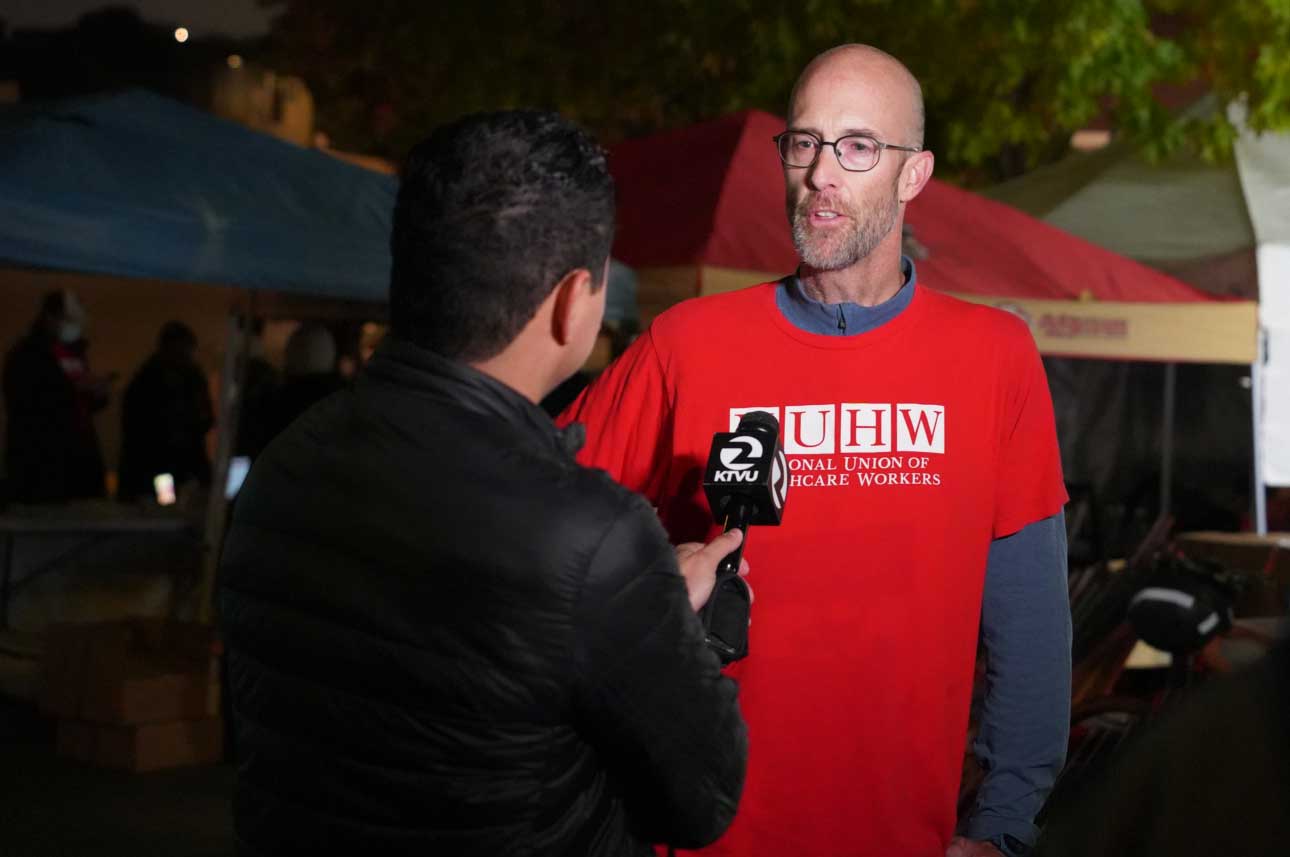 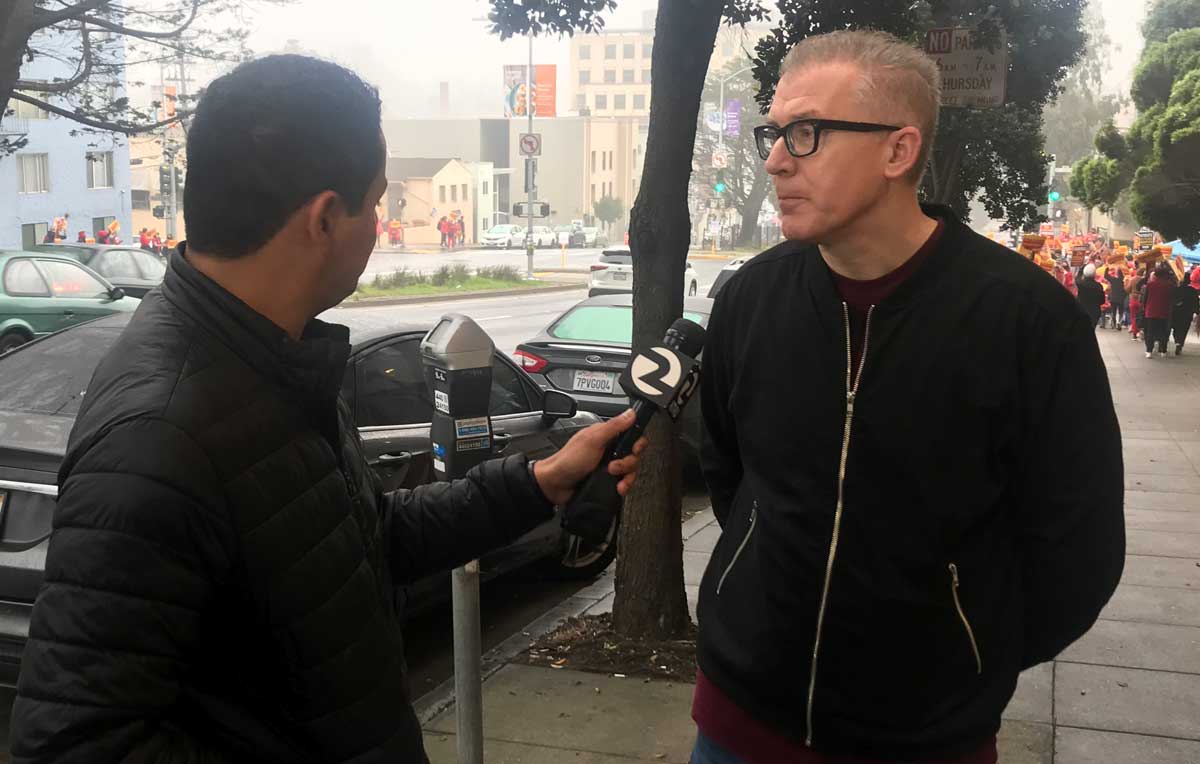 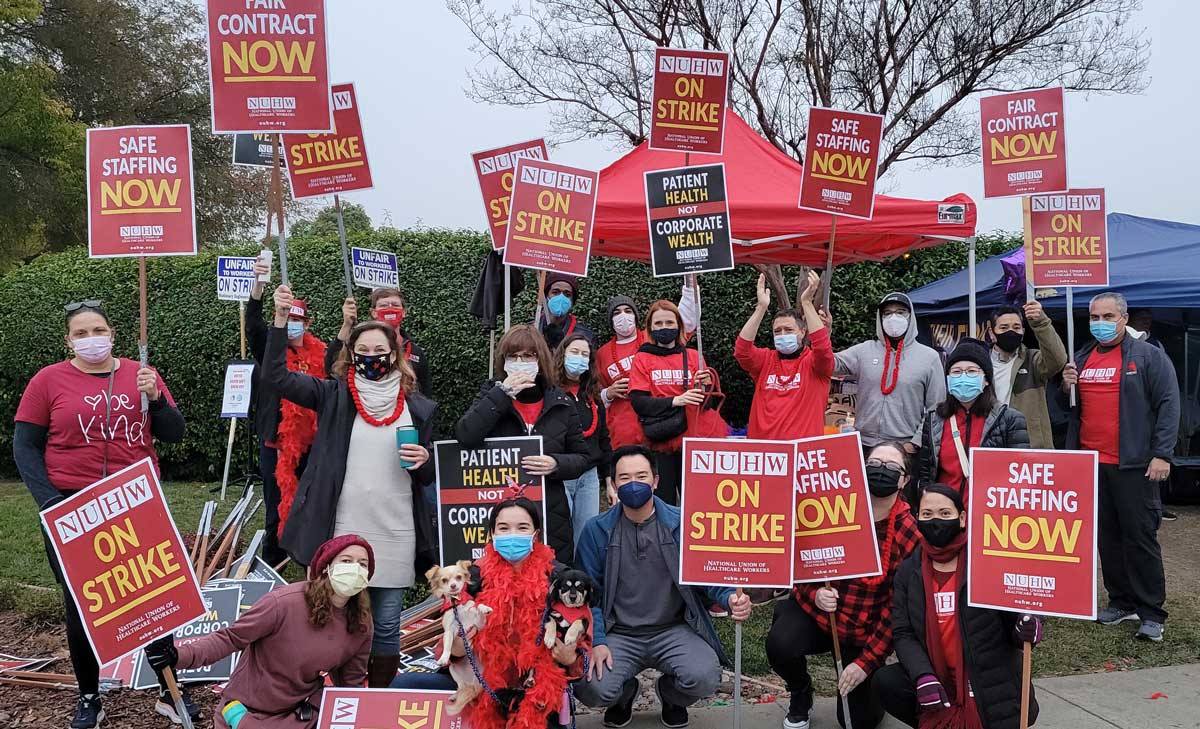 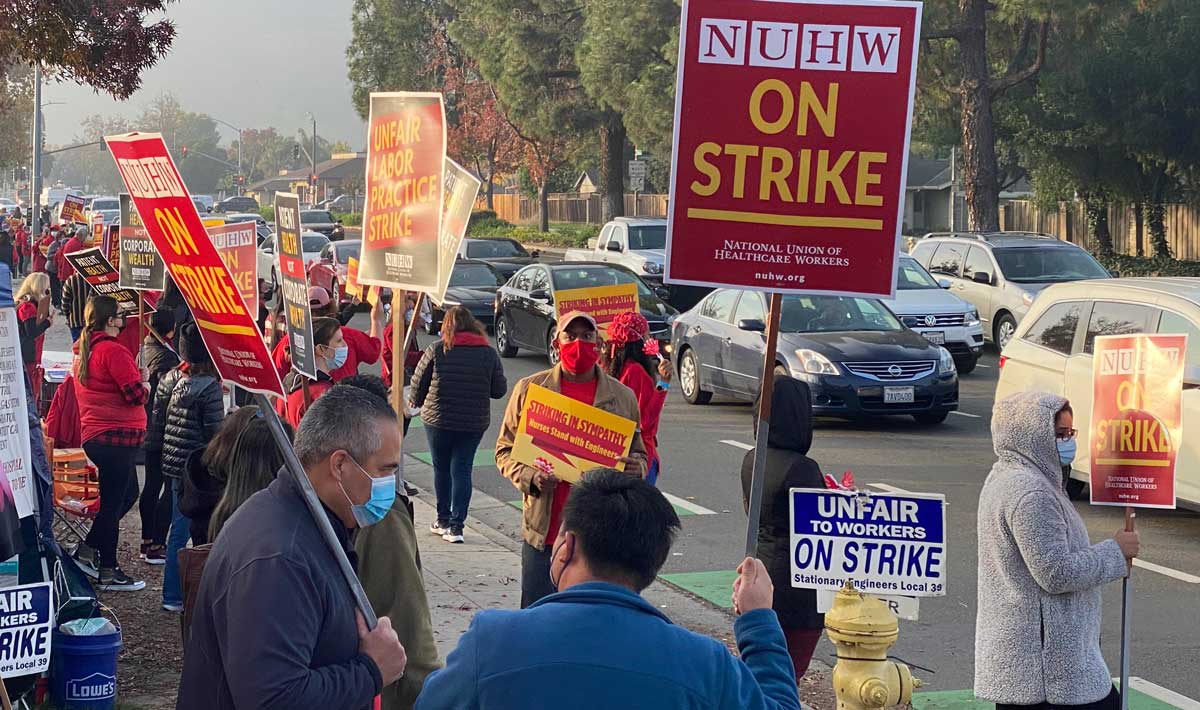 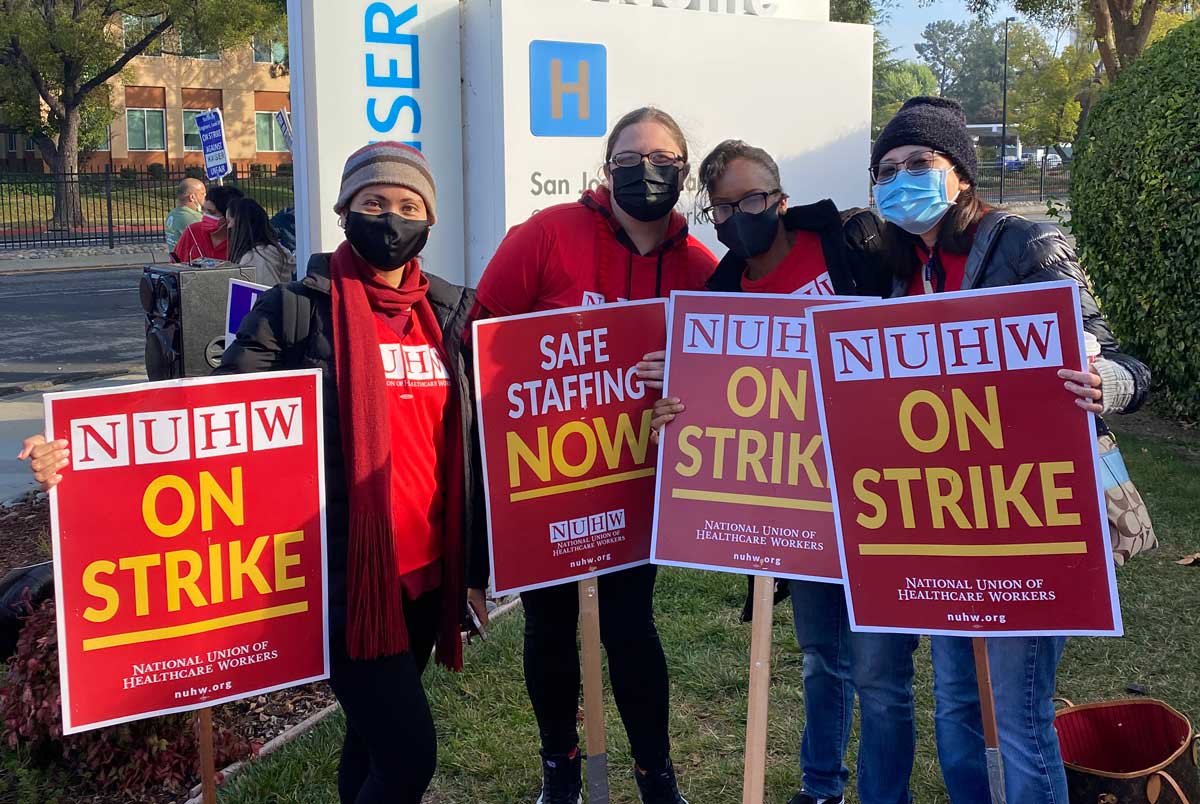 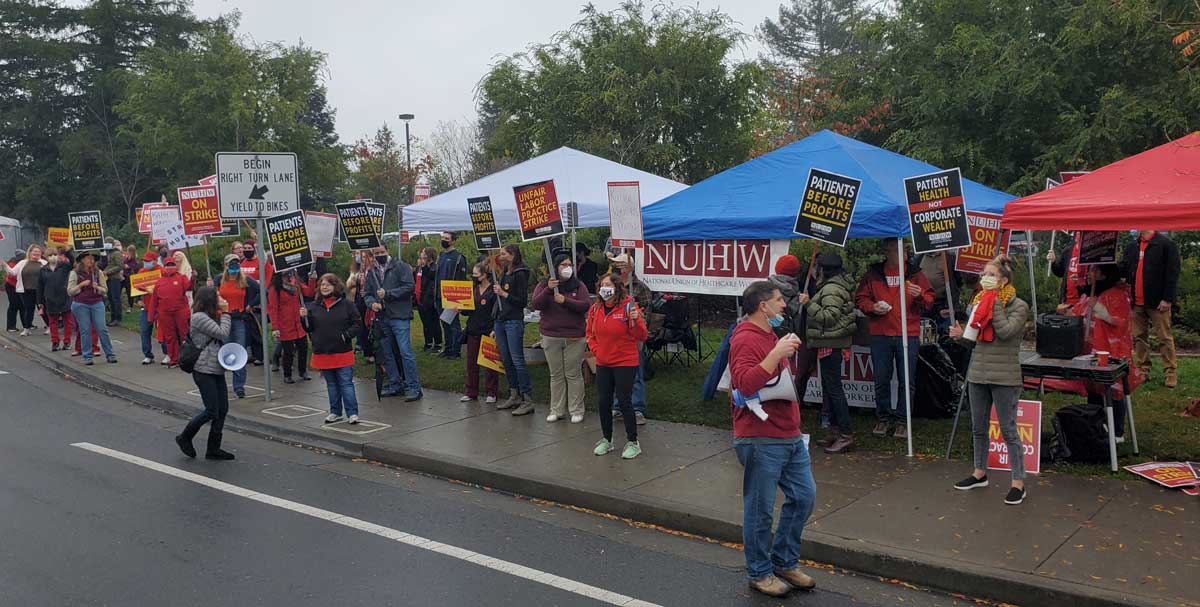 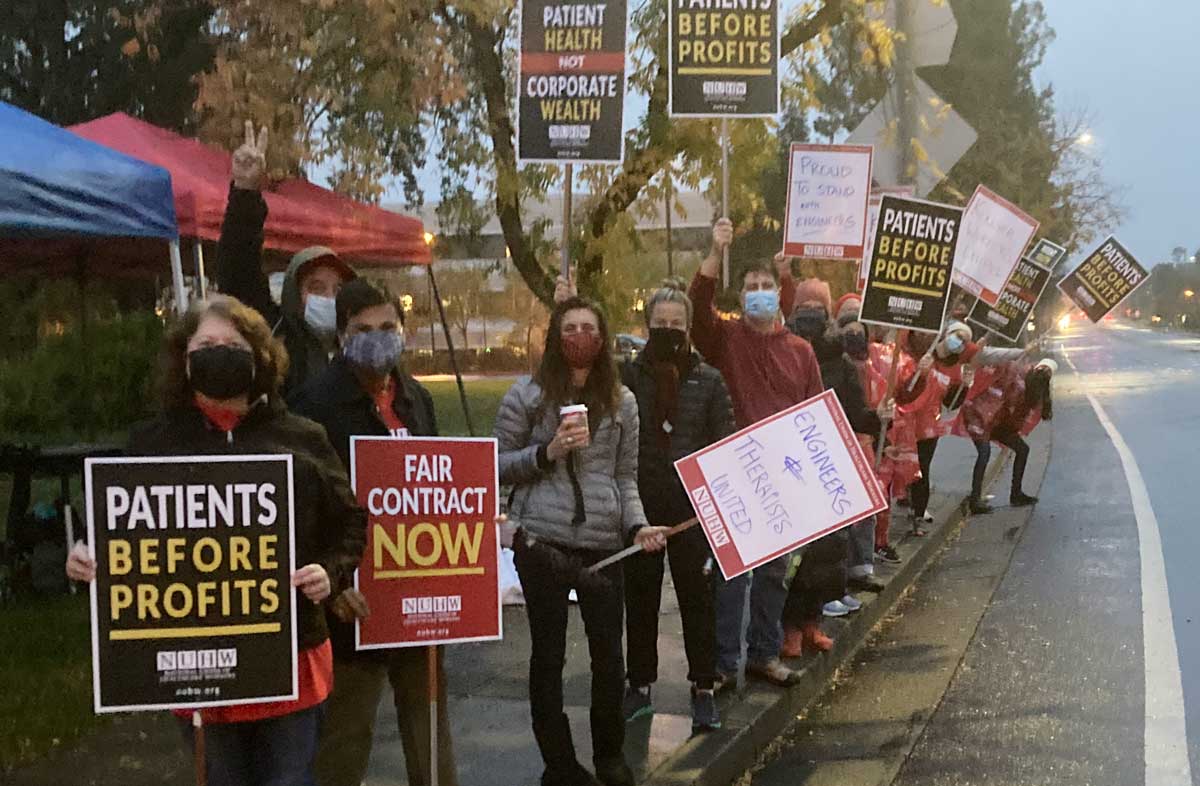 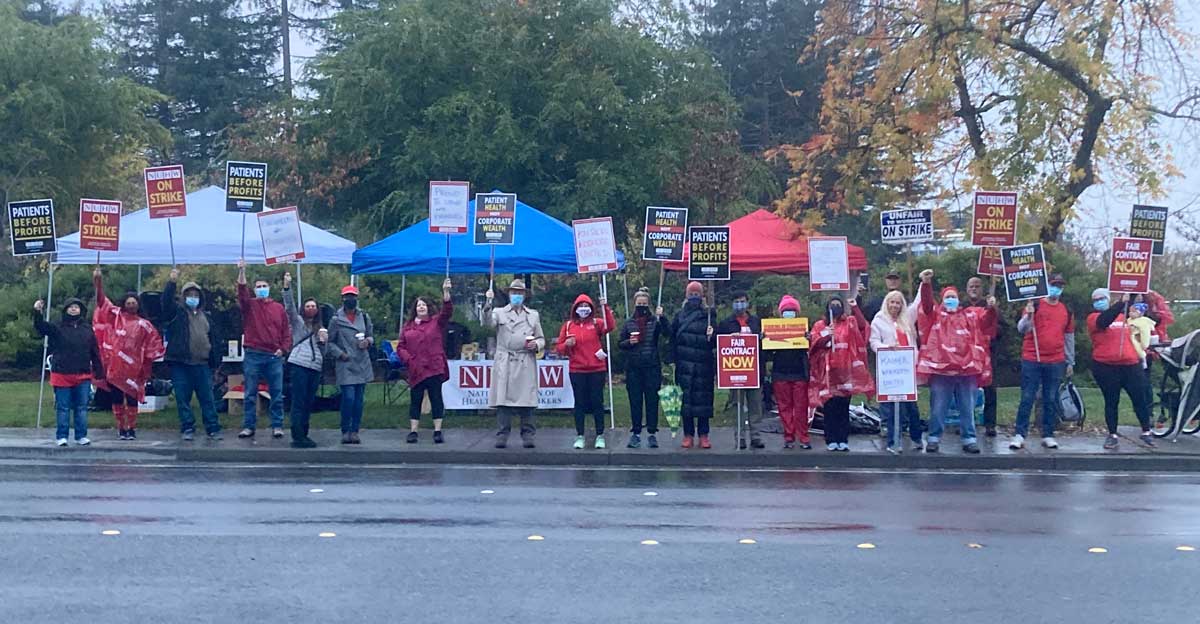