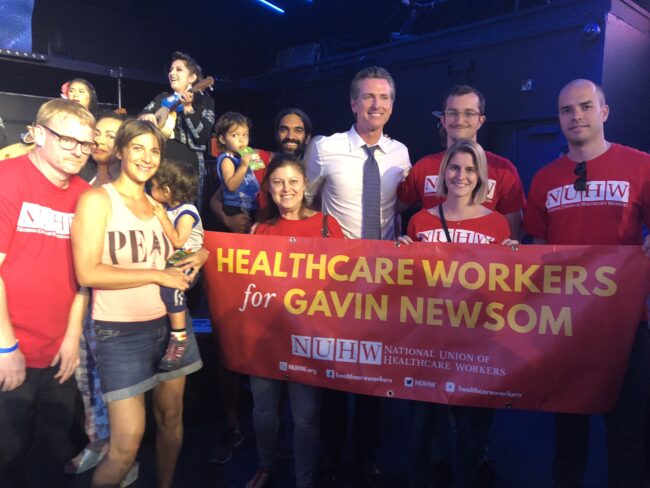 Shortly following the November election, it looked we had a strong showing in key races. But as more votes have trickled in, the results are truly historic.

Although the tallies aren’t final, it looks as if we helped flip seven congressional which had been held by politicians who had voted to repeal the Affordable Care Act, potentially ripping away health coverage from millions of Californians.

NUHW members did hundreds of shifts volunteering to get out the vote especially in Orange County where — in a stunning achievement — every congressional seat was won by pro-labor candidates.

“My co-workers and I knocked on doors and made calls because we were tired of being represented by people who only answered to the one percent,” Esmeralda Reynoso, a steward at West Anaheim Medical Center said. “This outcome shows that working people can stand up to corporate power and win.”

In San Francisco, we helped elect Gordon Mar, Matt Haney, Catherine Stefani, Rafael Mandelman and Shamann Walton to secure a pro-worker super-majority on the Board of Supervisors that will stand up for us against Sutter Health and other employers.

Now comes the fun part. It’s time to strengthen our relationships with these elected officials — and many others — to win better contracts and pass new laws to improve health care and the lives of workers.