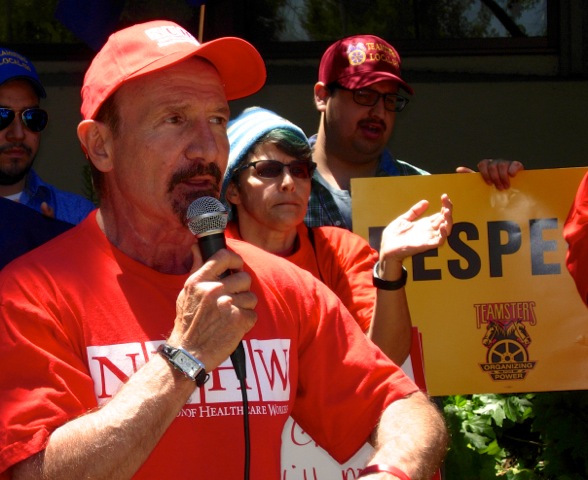 NUHW denounced the U.S. House of Representatives’ May 4 vote to repeal Obamacare and replace it with a plan that strips four million Californians of their health coverage and boost costs for many more.

“The Republican bill is a massive tax break for insurance companies, Big Pharma and the rich at the expense of millions of low-income and middle class Americans who once again won’t be able to afford health coverage,” NUHW President Sal Rosselli said. “Healthcare workers know a con when they see one, and we will fight to keep this bill from becoming law and pass legislation in Sacramento making California the first state to provide universal coverage.”

The 217-213 vote took place before the Congressional Budget Office could examine the impact of the legislation. Under the bill, states would have the option to let insurers once again raise premium costs on people with pre-existing conditions such as pregnancy, obesity, and mental illness, and offer plans that deny coverage for maternity services, therapist visits, and prescription drugs.

If approved by the Senate and signed into law, the Republican bill would imperil health care in California, which added 5 million people to the insurance rolls under Obamacare. The new legislation would:

“Our members are at the forefront of fighting for true mental health parity,” Rosselli said. “We will not let the Republicans in Washington turn back the clock to the dark era when millions of people were priced out of the care they needed.”