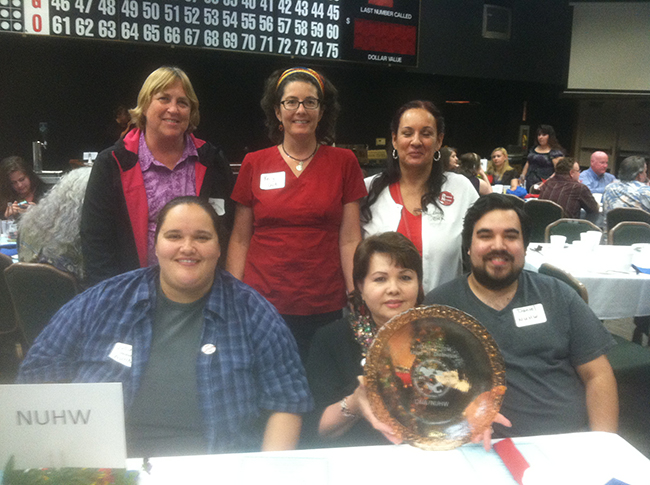 NUHW–CNA was named Union of the Year by the Central Labor Council of Humboldt and Del Norte Counties at their annual COPE dinner March 29. NUHW and CNA leaders from St. Joseph, Eureka, attended the event and accepted the award, which recognized the union’s extraordinary success in 2014.

Together with of St. Joseph RN and CNA leader Kerry Sweeney, service workers at St. Joseph formed a union with NUHW in April 2014 and were soon followed by St. Joseph tech workers and service and tech workers at Redwood Memorial Hospital in Fortuna, which is also part of the St. Joseph Health System.

Workers at Petaluma Valley Hospital in Sonoma County later followed suit, joining their St. Joseph colleagues up north and at Santa Rosa Memorial Hospital, which organized with NUHW in 2009.