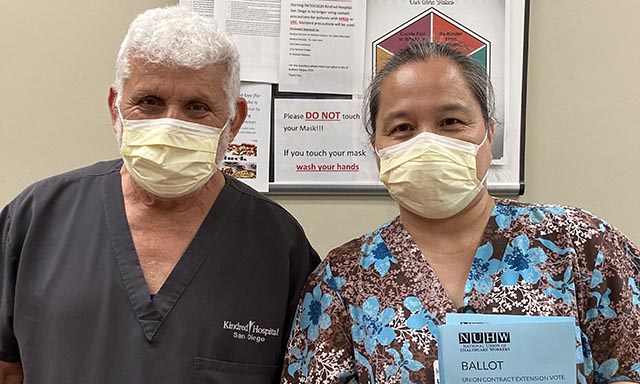 NUHW members at Kindred Hospital San Diego have approved a one-year contract with wage increases for full- and part-time workers ranging from 5.25 to 6.75 percent, depending on length of service. The new contract also increases the starting rates and maximum rates for certified nursing assistants, floor techs, housekeepers and dietary workers.

“Settling this contract is a victory because it gives everyone a good raise now.” said EVS worker Isaac Gallardo, NUHW steward and member of the bargaining team. “Even better, our coworkers in some job classes will get their starting wages raised as well.”