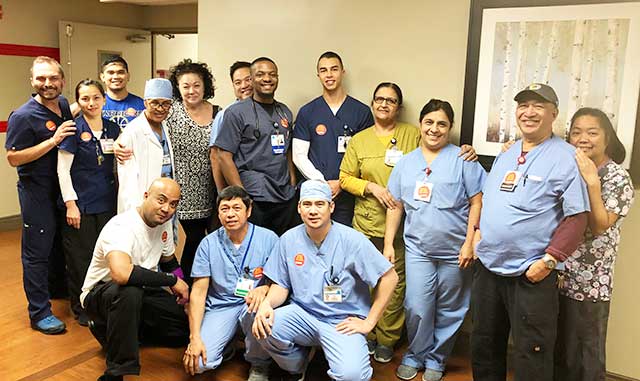 Nurses and respiratory therapists at Kindred Hospital Bay Area in San Leandro settled a contract just days before an informational picket was scheduled to take place.

When contract bargaining began in the spring, the hospital initially proposed raises that didn’t come close to keeping up with the cost of living and rejected workers’ proposal to establish mechanisms to ensure safe staffing.

Workers had been sounding the alarm on staffing violations at the hospital for months. When the hospital refused to act, workers filed a 25-page complaint with the California Department of Public Health, which investigated and found multiple violations, including RN assignments that failed to meet statutory nurse-to-patient ratios and inadequate staffing of respiratory workers.

Workers also turned up the heat on management in the final days of negotiations by voting unanimously to authorize an informational picket in front of the hospital if management didn’t come to the table with a fair offer.

“This contract shows what we can accomplish when we stand together,” said Terry Riley, respiratory therapist. “We tried taking our concerns to the hospital, but we got nowhere. Now we have solid contract language to prevent some of their bad behavior. We have real power to improve our working conditions.”