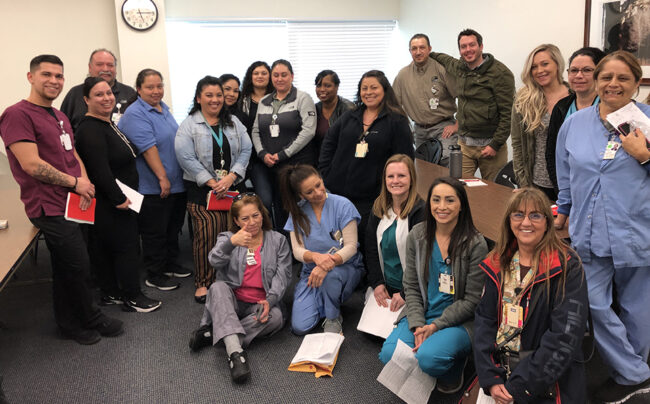 NUHW members at Hazel Hawkins Memorial Hospital stood strong against early attempts by management to freeze wages and won a three year contract that will boost wages by 4 percent every year.

The hospital in Holister, Calif. had originally proposed wage freezes and then offered workers only a 1 percent raise.

But workers refused those offers, and demanded a fair contract. The bargaining committee was large and many workers participated in negotiations.

Workers were ready to strike for a fair contract, but ultimately management agreed to boost wages, add a vacation day for workers with seniority and clarify seniority rights when it comes to scheduling.

The contract also includes successorship language to protect jobs should the hospital district ever partner with another hospital operator or sell the hospital.