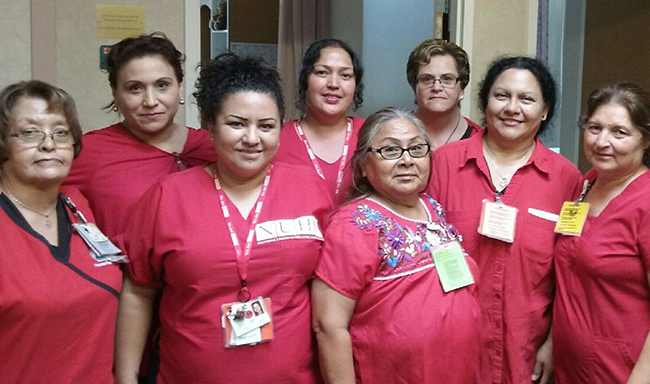 NUHW members at Hazel Hawkins Memorial Hospital voted by ninety-eight percent in early February to ratify a second contract that will ensure them four percent wage increases each year of the four-year contract. The agreement also includes a 2.5 percent longevity increase for those with fifteen years at the hospital and another 2.5 percent for those with twenty-five years at the hospital.

The addition of several departments to our bargaining unit has made Hazel Hawkins wall-to-wall NUHW. In the past year our original bargaining unit has grown to include lab assistants, medical assistants, surgical techs, and respiratory therapists, as well as radiology and ultrasound techs, the latter two groups having won new wage scales in the new contract.

The contract also includes no change to the employee portion of healthcare premiums, strengthened seniority language, and increased job protections.