Lost time is when the employer releases an employee for a short period of time to work on behalf of the union.

Over three months, Turusew and Elizabeth organized facility meetings to help recruit more than fifteen new stewards from Woodland Hills, Antelope Valley, Los Angeles Medical Center, Riverside, and Baldwin Park. Most of these areas have been historically underrepresented in our union due to a lack of steward leadership. 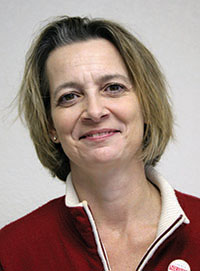 “I agreed to the opportunity to go on lost time for NUHW one day a week,” said Elizabeth, an LCSW and vice president of the Psych-Social chapter. “I want to help ensure that all NUHW members have an opportunity to speak directly to an NUHW steward, to hear the story of NUHW and of our five-year fight for mental health access at Kaiser Permanente, and to understand that our working conditions and benefits at Kaiser need to be defended in future contract negotiations.” 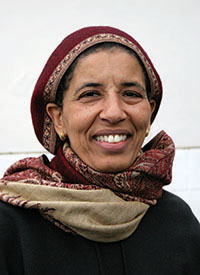 “I went on union lost time to help recruit stewards and engage the HCP chapter leaders and members at large,” said Turusew, a dietitian and vice president of the Healthcare Professionals chapter. “By the end of the three-month assignment, I am happy to report we have added several new stewards for the Healthcare Professional Chapter. The experience was rewarding … and entailed a lot of driving!”

Most of the new stewards have already attended a steward training and their first steward council meeting. Many have also stepped up to phonebank and campaign door-to-door for NUHW-endorsed political candidates.

“I was inspired by the professionalism and dedication of our NUHW colleagues to their patients,” said Elizabeth. “We are hard-working folks. We need to keep telling our story for healthcare justice, fair working conditions, and a benefit package that reflects our work as advanced licensed practitioners at Kaiser.”