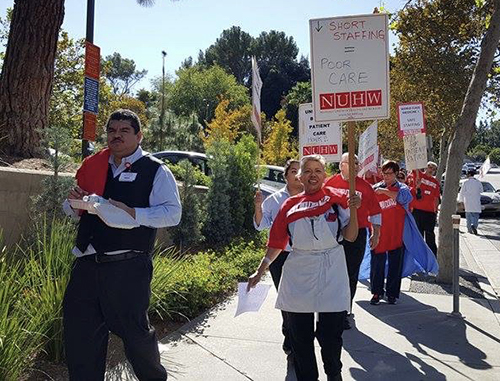 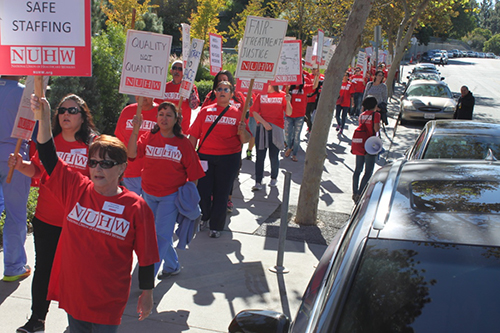 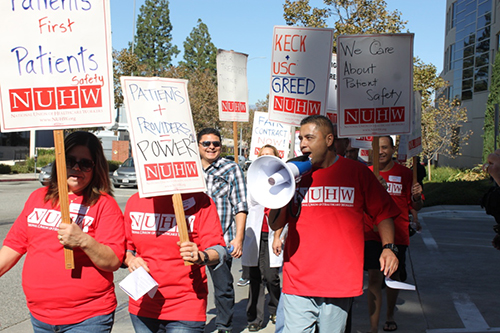 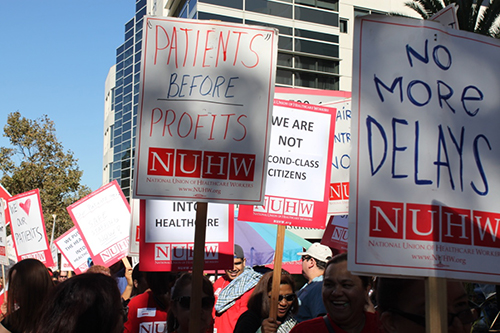 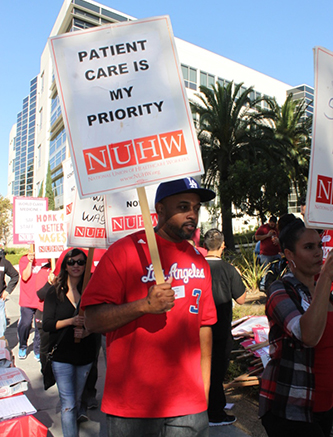 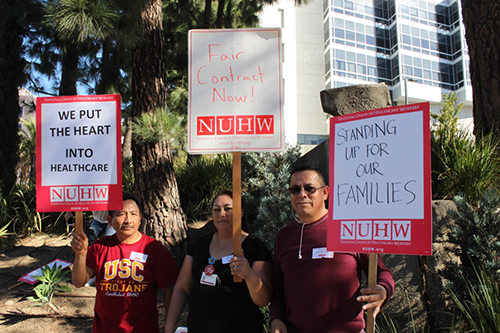 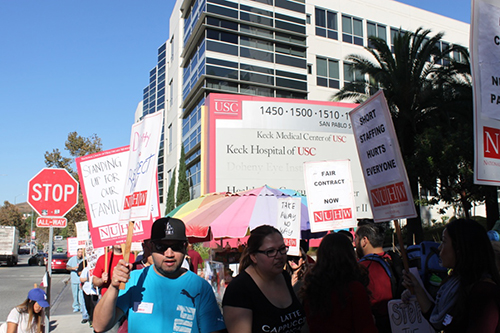 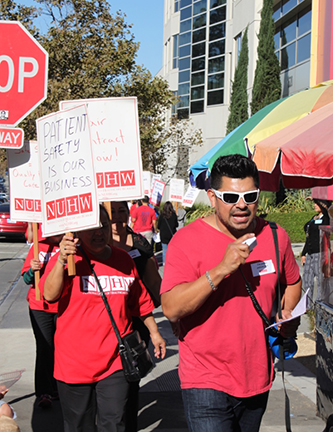 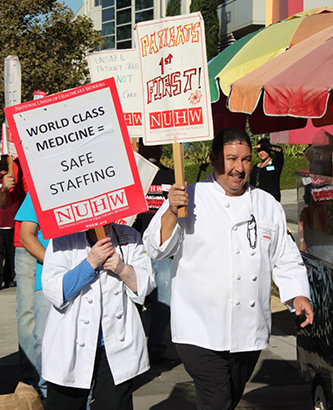 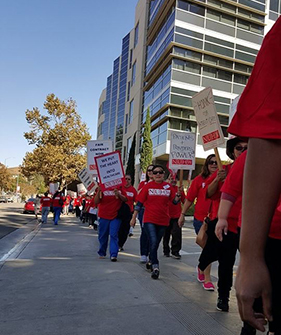 More than 300  members and supporters picketed to stand up for patient safety, equality, and a commitment from Keck USC to improve the benefits offered to its workers.

Dietary workers from Sodexo also took a stand, sending a message to Sodexo that they will no longer accept substandard pay and benefits while working under the Keck USC umbrella.

Keck’s administration, in partnership with their consultant, Huron, has eroded safe staffing matrices.

Next steps: Stay united and be prepared for a possible escalation to a strike. While our goal is to settle as soon as possible, we remain committed to making improvements and addressing the concerns of short staffing and unsafe practices.

Next bargaining dates yet to be determined.