Today was a big step forward toward winning this strike. As reported in the Sacramento Bee and Politico, Gavin Newsom’s Department of Managed Healthcare announced that it has initiated a targeted enforcement action against Kaiser based on the complaints filed by 19 Kaiser patients during the first week of our strike.

“The DMHC is concerned about the potential for immediate harm to enrollees based on the very serious nature of allegations that the plan is not providing timely appointments to enrollees required by the law,” the agency said in a written statement. “The DMHC will continue to monitor the plan closely during the strike to ensure the plan is in compliance with the law.”

The new state investigation is further evidence that our strike is putting increasing pressure on Kaiser. On Thursday, several clinicians reported that Kaiser officials were telling local managers to “just hold on until next week” in hopes that people would return to work without a contract and thereby allow Kaiser to withstand the strike without having to make real concessions at the bargaining table.

It’s critical that we keep up the pressure on Kaiser executives and stay on strike until they are ready to get serious about increasing staffing, reducing workloads, and improving access to care.

Governor Newsom’s administration is taking steps to hold Kaiser accountable, but we’re asking the governor to do more — to help get Kaiser back to the bargaining table to settle our contract. If you haven’t signed our petition to the governor, please sign it now at nuhw.org/newsomletter.

The juxtaposition of Governor Newsom touting his health care reforms with a mental health care strike by more than 2,000 mental health clinicians at the state’s largest HMO has not been lost on journalists. Check out today’s story by David Dayen in The American Prospect — a publication widely read by policymakers — in which NUHW officials call on the administration to “move aggressively to send government people in to monitor the situation and levy much bigger fines.”

Join us in Sacramento on Thursday

It’s not too late to RSVP to join us in Sacramento on Thursday, where we will talk to state officials about our strike and hold a 12:30 p.m. rally outside the State Capitol Building. RSVP here for the Sacramento action using your employee ID.

The link will include further details including bus departure and drop-off times.

The Sacramento action will start at 11 a.m. and end at 1 p.m. Chartered buses will depart Thursday morning from picket lines in San Rafael, Vacaville, San Leandro, and Sacramento, and from NUHW’s Emeryville office at 1250 45th St., Emeryville. Guests are welcome.

We had another strong day of picket lines and media coverage today. See below for more photos, and here for the latest news stories. 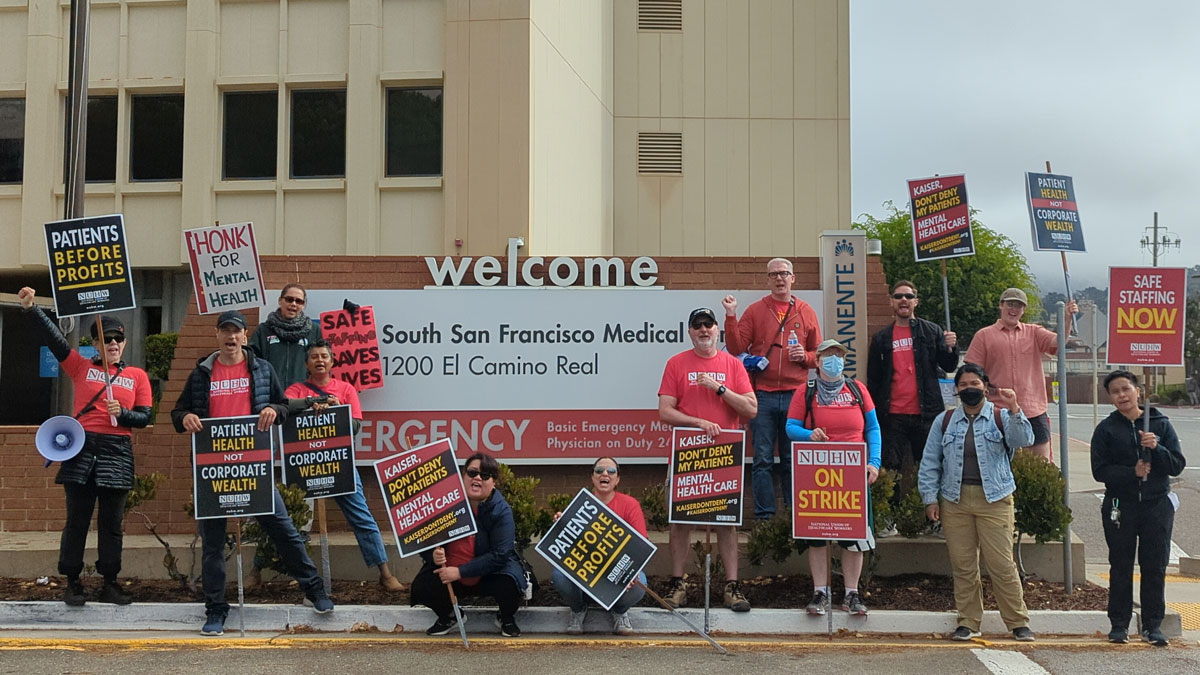 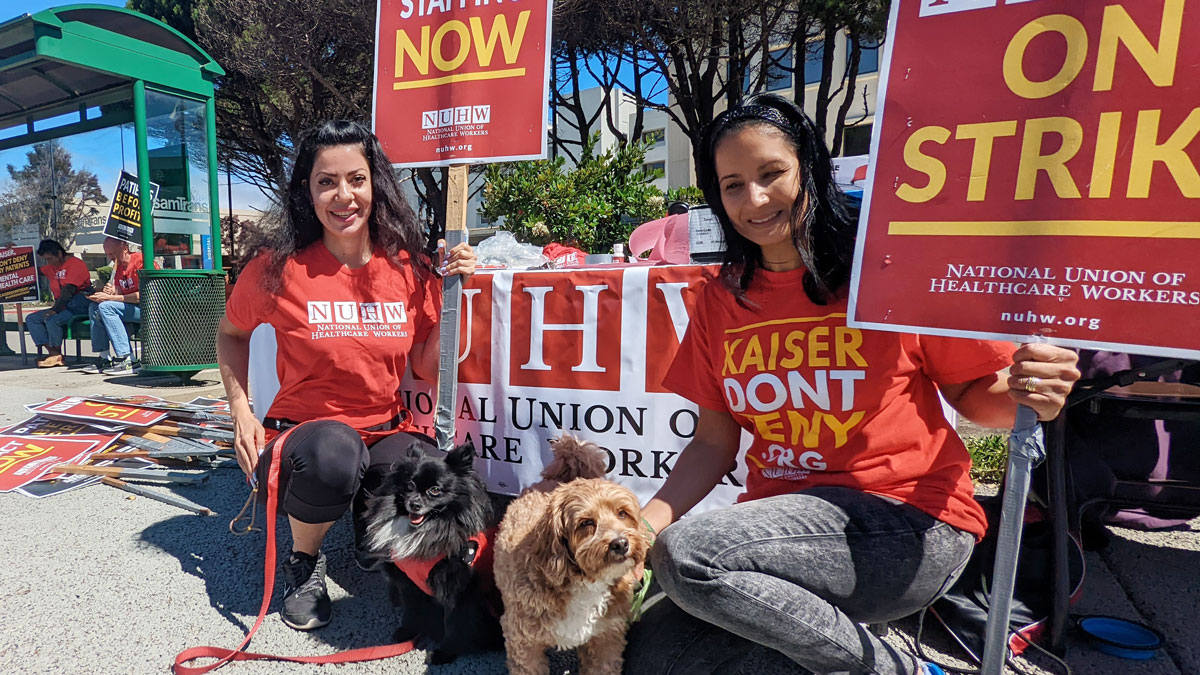 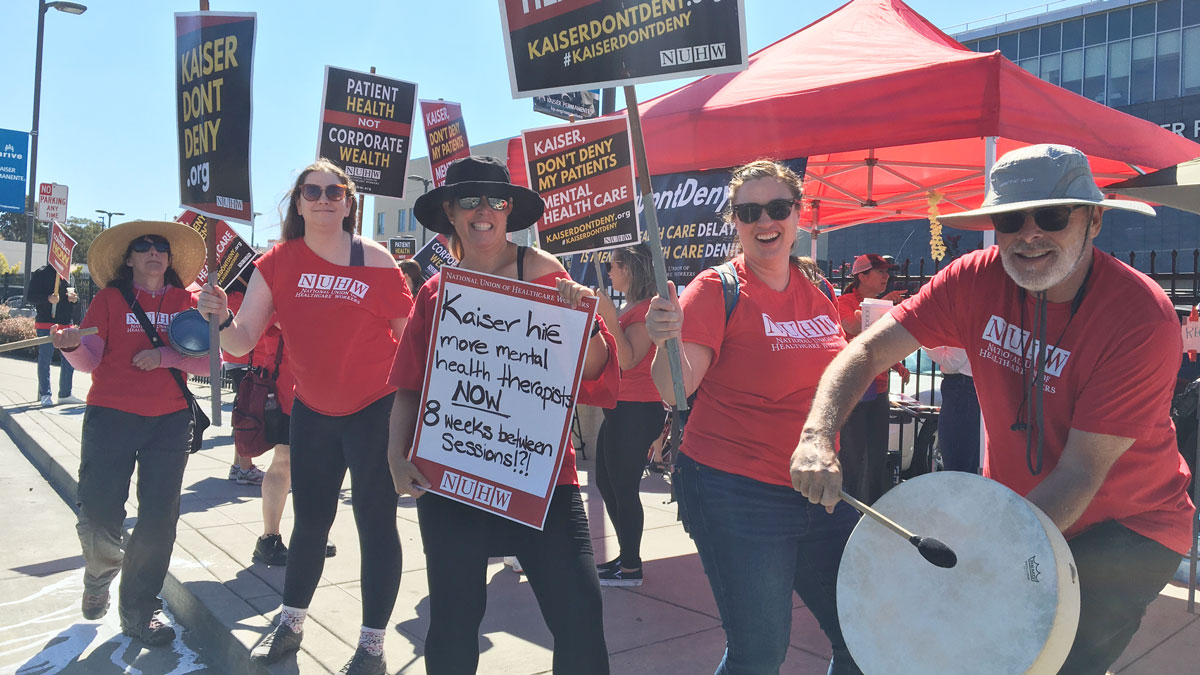 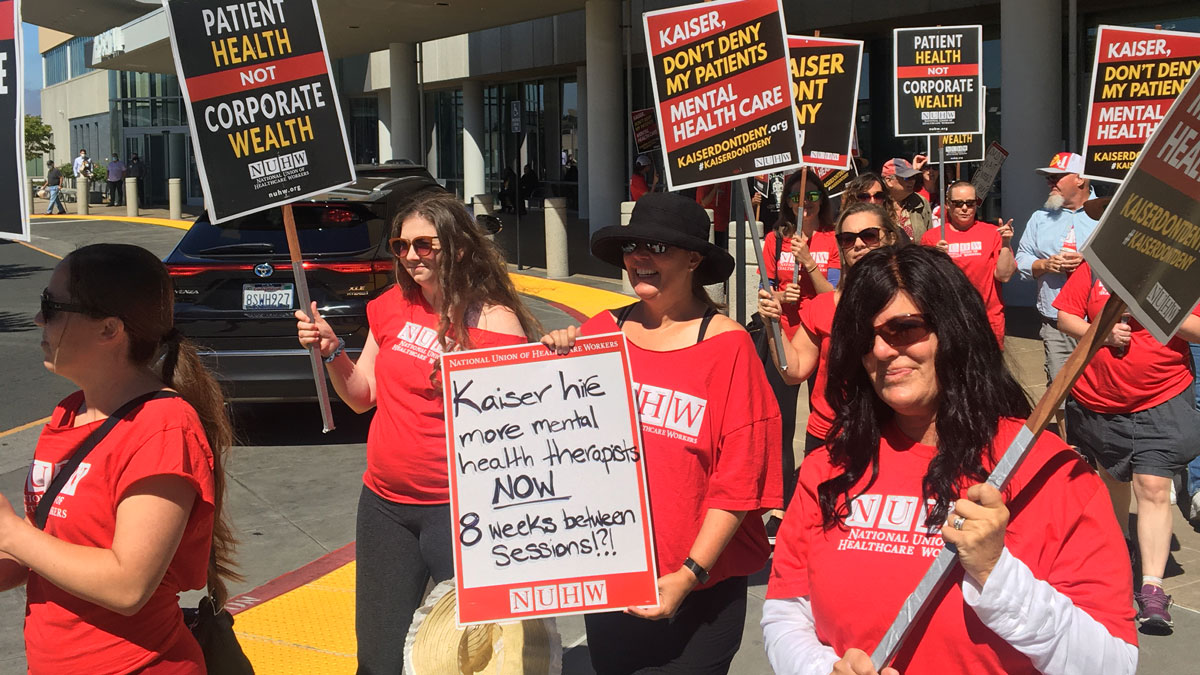 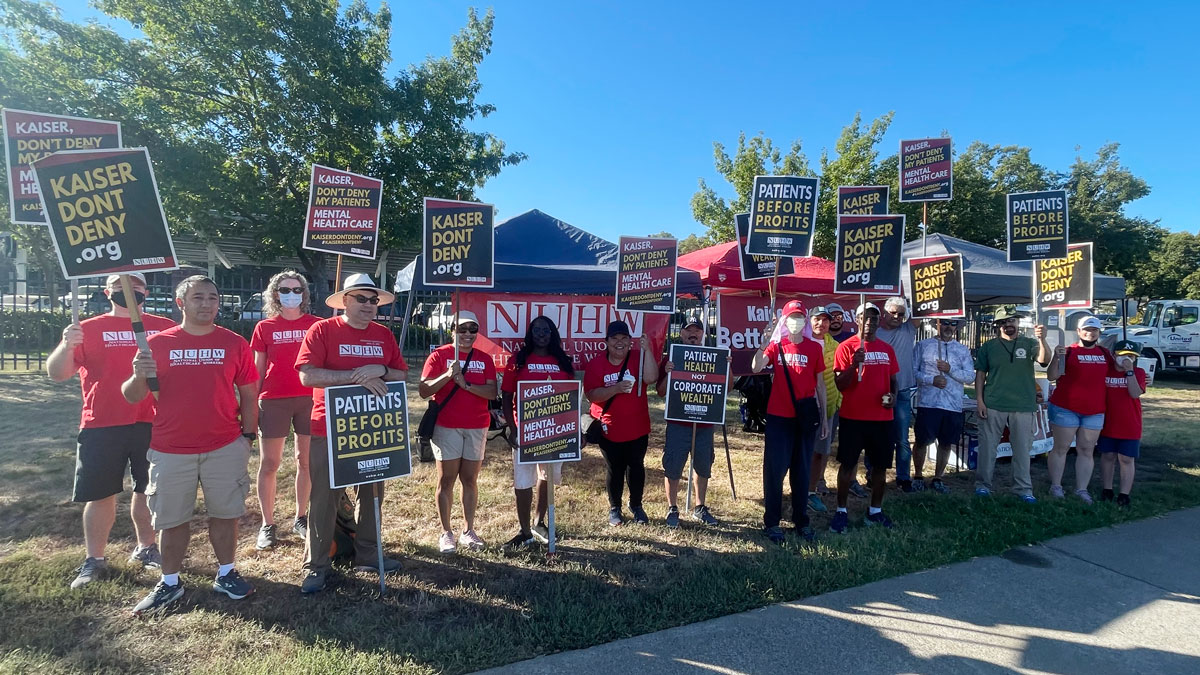 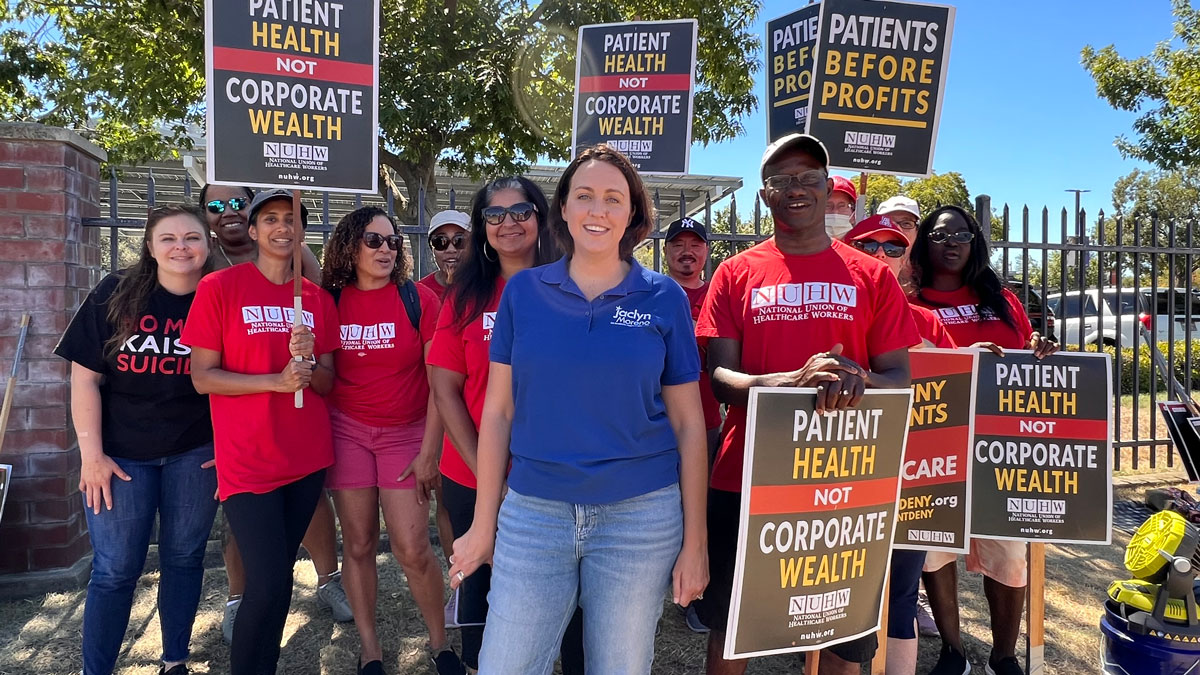 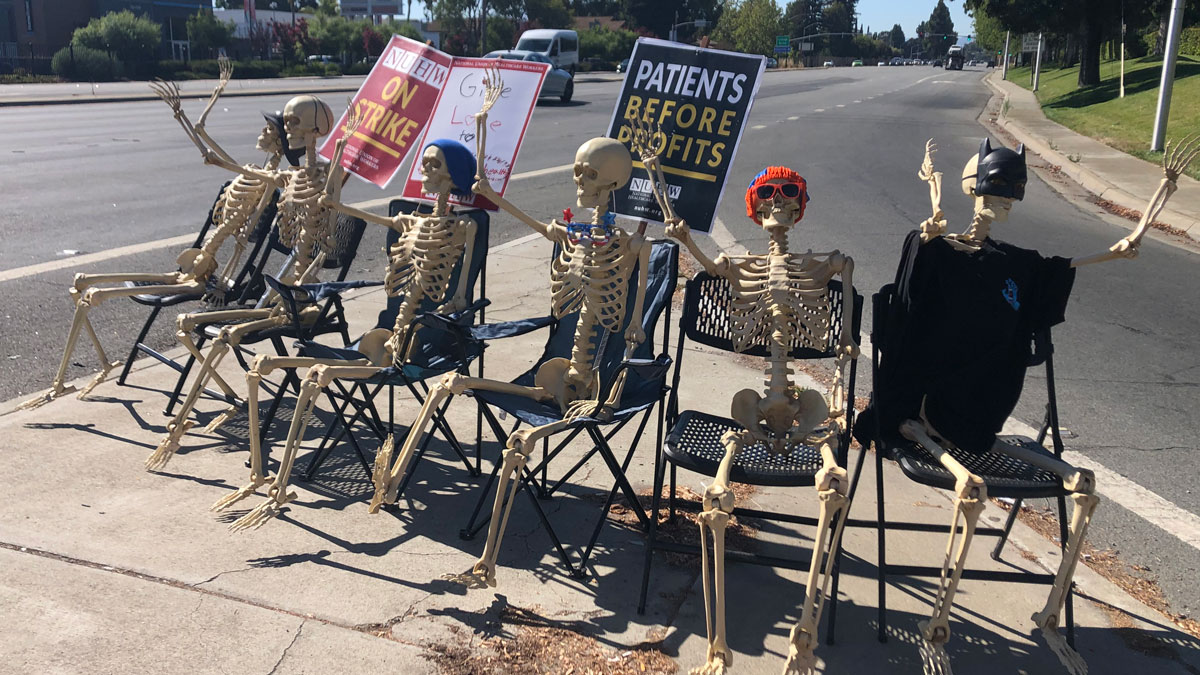 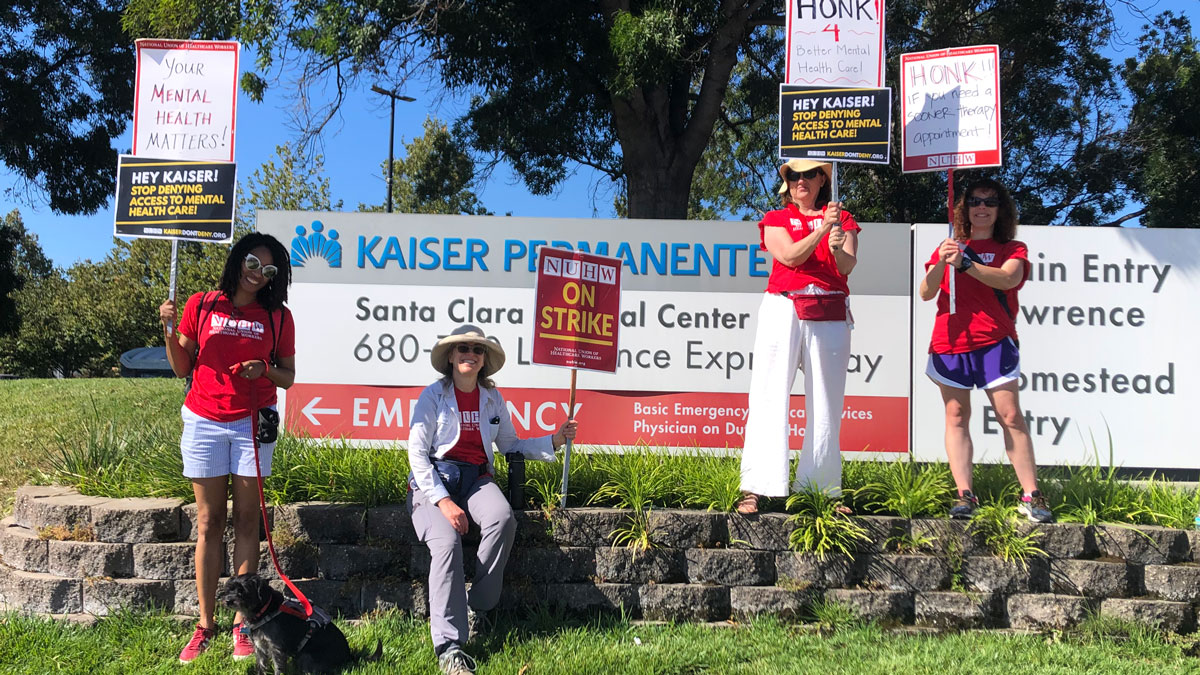 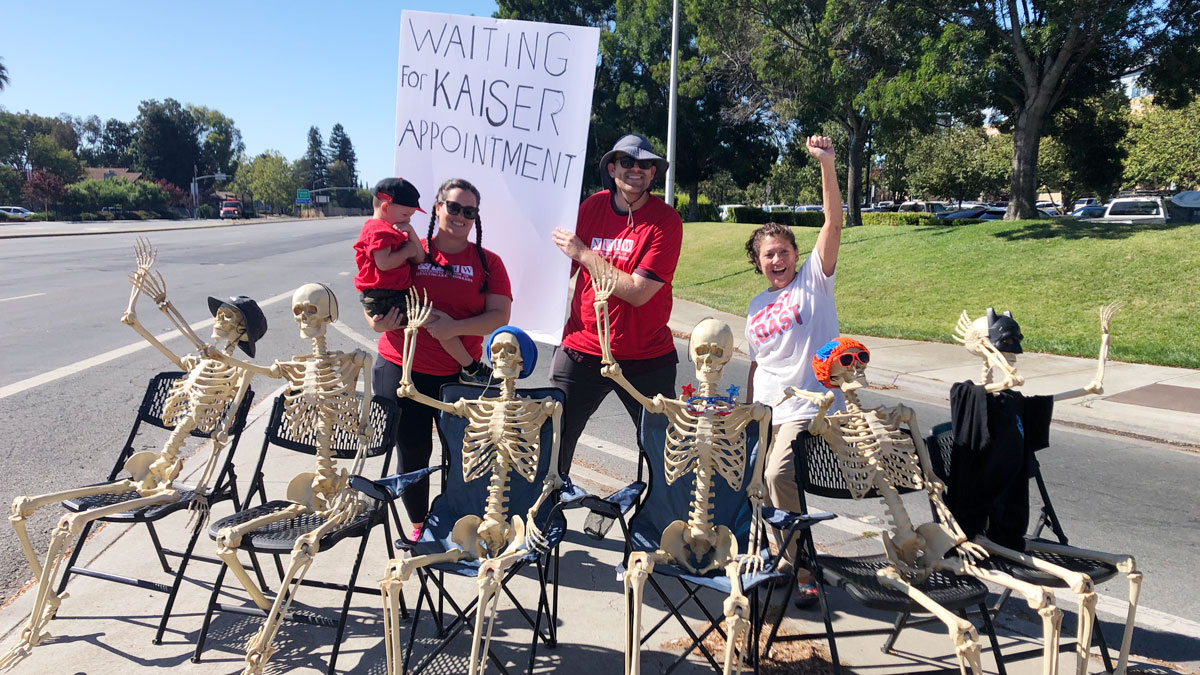 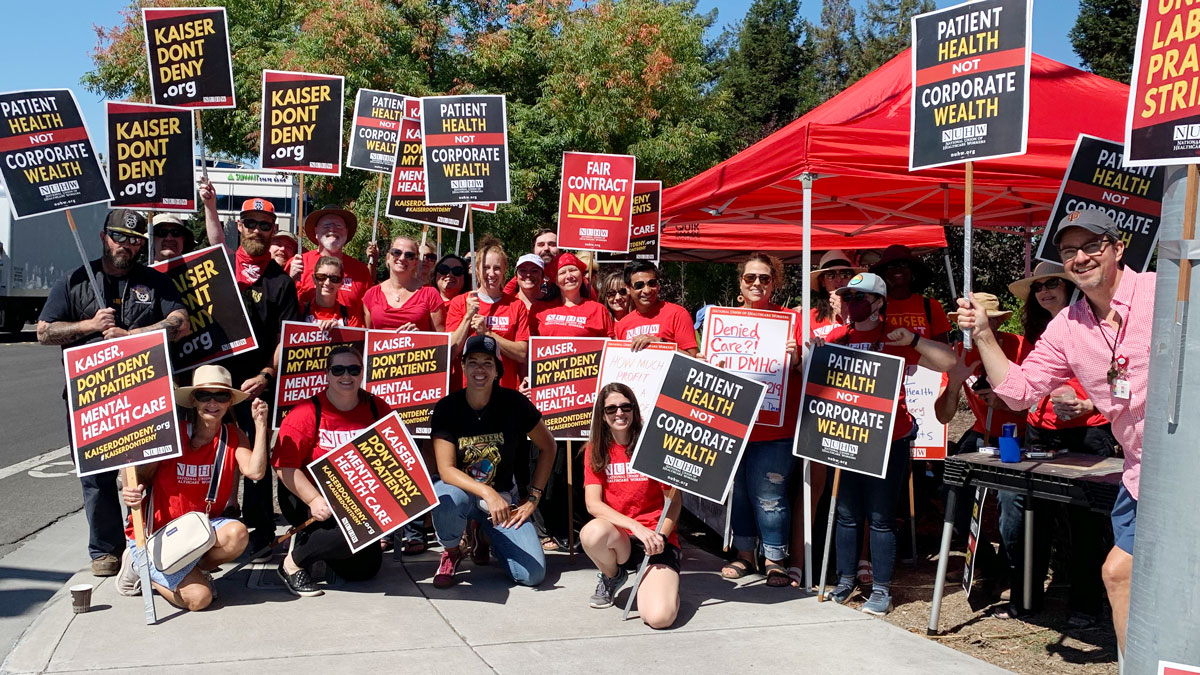 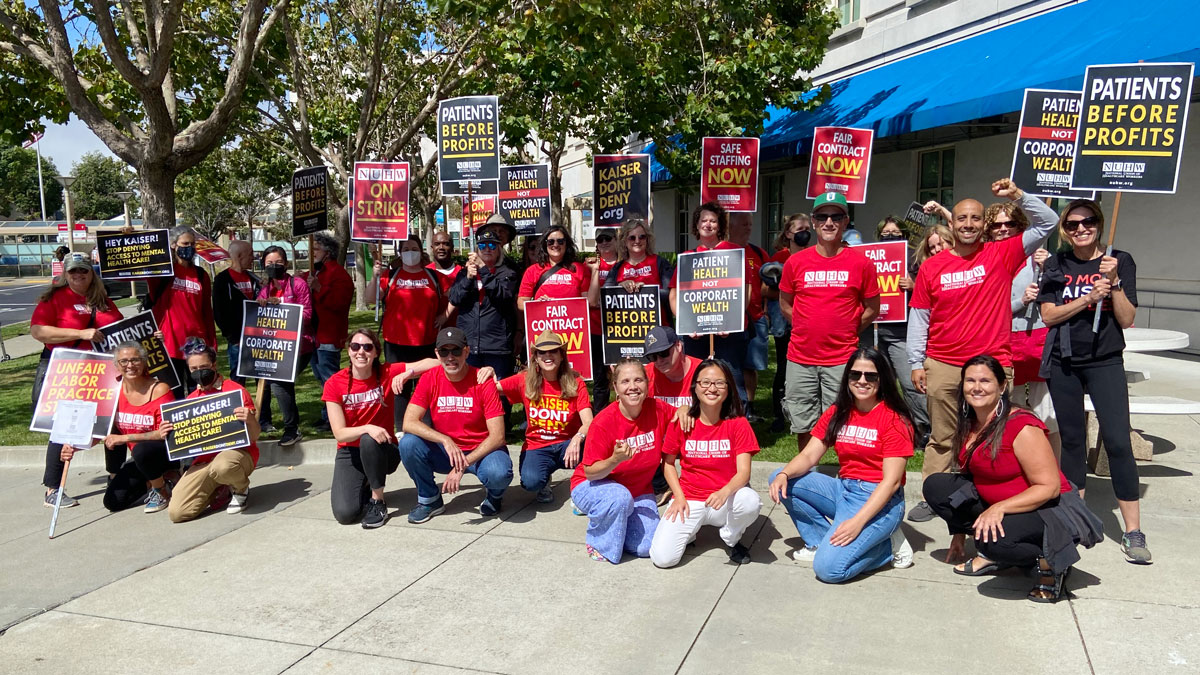