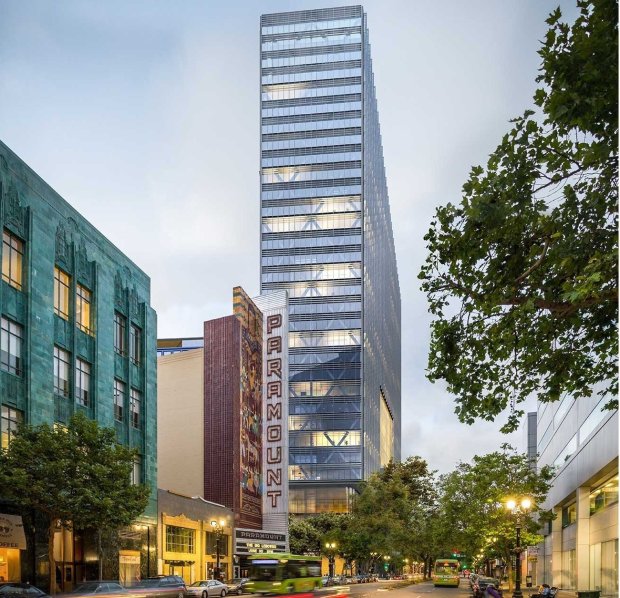 By Clement Papazian and Miranda Buxton

This op-ed was originally published on Medium.

As Kaiser Permanente caregivers, we have ideas about how Kaiser can better serve our patients — and a $900 million new office tower certainly is not on our list.

News reports about the planned 29-story building dwelled on its size and future tax revenue for Oakland. But there was no mention about whether it makes sense for the nation’s largest nonprofit HMO to spend nearly $1 billion for an office tower it doesn’t need while it’s raising premiums and denying vital care to its 9 million members in California.

In California, Kaiser has been fined, repeatedly cited, and finally subjected to state-ordered outside monitoring of its mental health services because patients cannot get timely, adequate care.

Our patients, many of whom suffer from severe depression and have contemplated suicide, typically have to wait a month or more for treatment appointments.

Our clinics are so overbooked that last year Kaiser forced about 60,000 members to find their own therapists outside the Kaiser system. This is no easy task considering Kaiser reimburses outside therapists at a lower rate than Medicaid.

The good news is that Kaiser is finally acknowledging that it’s facing a mental health crisis. The bad news is that instead of trying to fix it, it’s spending $900 million on a glitzy new headquarters with fancy offices for the same executives who have underfunded its mental health services and understaffed its clinics.

We don’t get paid $16 million a year like Kaiser CEO Bernard Tyson to decide how Kaiser spends its money. But if we did, we’d allocate some of those millions for the new building to hire more mental health clinicians in Pasadena where patients are now waiting up to four months for therapy appointments.

We’d hire more clinicians in San Francisco where children who are self-harming and contemplating suicide have to sit on the floor during overcrowded group therapy sessions because there aren’t enough therapists to provide early interventions for children dealing with depression, anxiety and bullying.

We’d make sure there are enough clinicians in Sacramento so Kaiser could once again start offering patients mental health intake assessments with a specific date and time instead of making them go to walk-in clinics with longer waits than the local DMV.

The fact is that Kaiser mental health clinics are understaffed across California. Wait times for appointments are getting longer and clinicians schedules are booked out further and further in advance. Our schedules are so full that our patients aren’t allowed to book more than one appointment at a time.

Kaiser claims that it has proposed remedies, but its latest contract proposal doesn’t commit itself to any staffing increase. It won’t even accept our modest proposals that every clinic have crisis teams to therapists don’t have to cancel appointments to treat patients in need and that any new mental health facility be staffed with newly-hired clinicians instead of transfers from other Kaiser clinics.

Why hire more mental health clinicians when you can build a gleaming office tower? That’s the $900 million question.