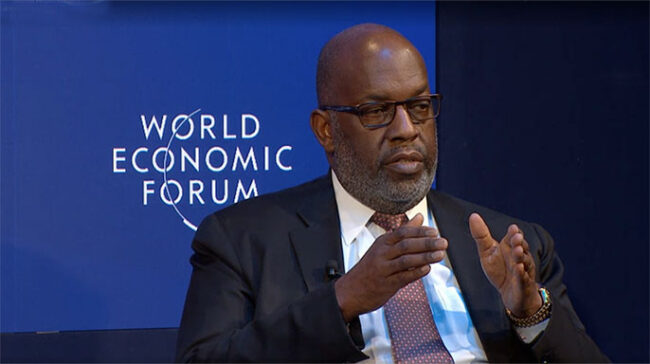 “This year’s meeting of 3,000 of the world’s most powerful and richest individuals has been sharply criticized for having sessions on climate change while participants arrived in 1,500 private jets. Tyson’s lecture to the elites on mental health care is no less hypocritical,” said National Union of Healthcare Workers President Sal Rosselli.

Participating in a Wednesday panel that included Britain’s Prince William and New Zealand Prime Minister Jacinda Ardern, Tyson told the audience that healthcare systems must be “engineered to take care of the real-world problems of the 21st Century, which is mental health wellness and mental wellbeing.” Leading up to his appearance at the World Economic Forum, Tyson wrote that people needing mental health treatment “beyond what can be delivered in primary care should be able to see a specialist in the same way they would be referred to an orthopedist or cardiologist.”

Tyson’s words belie the fact that Kaiser was fined $4 million in 2013 by California’s Department of Managed Healthcare for denying patients timely access to mental health appointments in violation of the state’s Mental Health Parity Act. The agency has since issued two follow-up reports finding that Kaiser still is not providing timely mental health treatment and in 2017 subjected Kaiser to ongoing outside monitoring of its mental health services.

In December, 4,000 Kaiser mental health clinicians in California, represented by NUHW, staged the largest mental health strike in U.S. history, demanding that Kaiser improve staffing so that patients don’t have to wait more than a month to see their therapists. Kaiser, which posted a $3.8 billion profit in 2017, has so far refused to accept proposals that would improve its ratio of approximately one mental health clinician for every 3,000 Kaiser patients.

“Bernard Tyson’s remarks are just words to an international crowd that doesn’t know Kaiser’s real track-record on mental health and business cronies who don’t care,” NUHW President Sal Rosselli said. “Instead of hobnobbing with the Davos crowd, he should be back in California working with clinicians to achieve true mental health parity for Kaiser patients.”