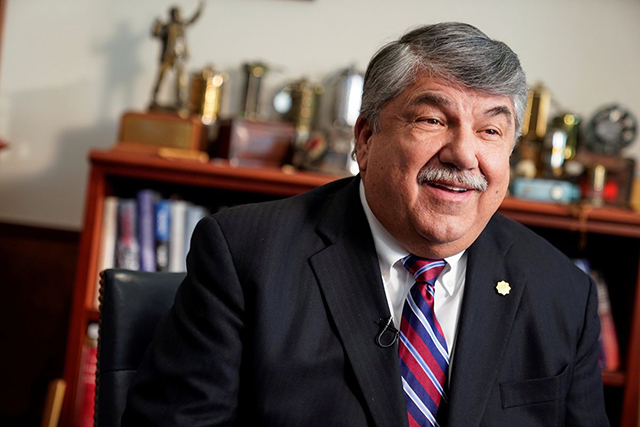 Statement from NUHW President Sal Rosselli in remembrance of our friend Richard Trumka:

Richard Trumka was a friend to NUHW since our founding twelve years ago. It took some guts to stand with us in those early days.

Our union, the National Union of Healthcare Workers, broke away from SEIU over ethical and philosophical differences. Our members objected to the larger union’s heavy-handed top-down approach to organizing as well as to the backroom deals that were regularly cut with healthcare systems to the detriment of the workers SEIU was entrusted to represent.

In retaliation, SEIU’s leaders tried to organize the labor movement against us. But Rich Trumka supported NUHW’s member-first approach, which empowers workers to take the lead in their organizing efforts and contract campaigns. When we were struggling to get our union off the ground in 2009, Rich demonstrated that support by inviting our union to join the AFL-CIO’s national convention. His action gave us recognition and credibility within the labor movement and on the national stage.

Our relationship with the AFL-CIO’s president continued over the ensuing years as our union grew and flourished. We mourn Rich’s passing and honor his dedication to the movement and his support for our place within it.