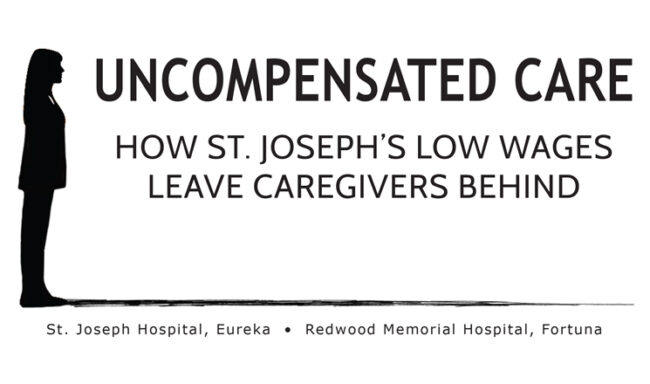 The show was prompted by the release of NUHW’s report, Uncompensated Care: How St. Joseph Health’s Low Wages Leave Caregivers Behind.

St. Joseph declined to have a representative participate in the radio program. Instead the company sent a statement that the host of the program read on the air. Humboldt County listeners who called in to the program were critical of St. Joseph and unanimous in their support for the workers. Since the broadcast, demand has dramatically increased for lawn signs in support of the call for St. Joseph to end poverty wages at St. Joseph Hospital in Eureka and Redwood Memorial Hospital in Fortuna.