NBC4 and OC Weekly covered the picket. Click here for a link to the OC Weekly story. 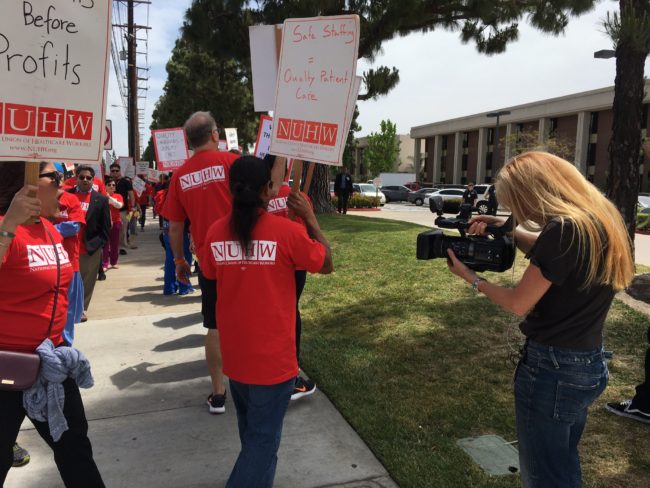 Fountain Valley workers joined NUHW last year, frustrated that Tenet Healthcare Corporation, the Dallas-based company that owns the facility, pays them less than their counterparts at nearby hospitals and fills full-time jobs with part-time and on-call workers who make far less than full-time workers.

Fountain Valley made a $50.7 million profit last year, according to state records. Yet, over the past two years, 42 percent of new hires have been on-call workers, who receive no health benefits.