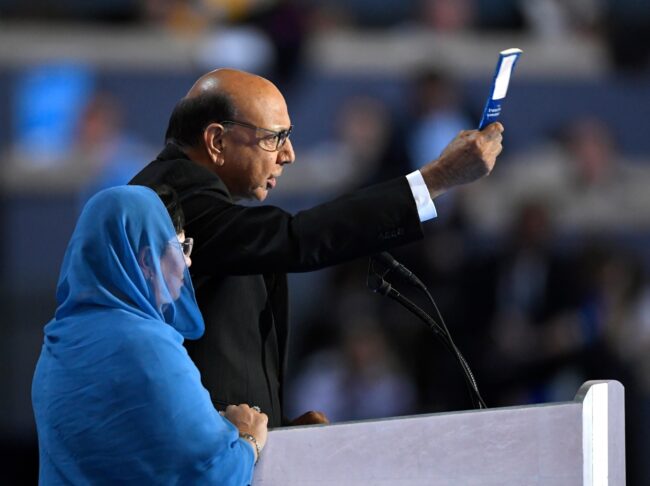 Khizr Khan, the Gold Star father, who famously pulled out his pocket-sized U.S. Constitution during his 2016 speech at the Democratic Convention, will be addressing the NUHW Leadership Conference Saturday in Anaheim.

Khan, whose memoir will be released Monday, will discuss how Americans can better protect the rights of immigrants, stand up to prejudice and build a fairer society in which everyone has access to health care.

“It’s an honor for us to have an American hero like Khizr Khan address our members,” NUHW President Sal Rosselli said. “At a moment when the underpinnings of our democracy appear to be weakening, Mr. Khan’s call for vigilance and sacrifice in defense of our constitution and its values is a message all of us need to hear.”