All workers will get raises that significantly exceed previous compensation, in addition to improved health benefits and better job security. Additionally, the contract mandates the creation of a patient care committee that will give caregivers direct input into ensuring quality healthcare.

“This is a big win for workers and patients,” said Rafael Michel, a certified nursing assistant. “After giving so much to this hospital, we now have the right to work with management to ensure quality patient care and have a say in decisions that will impact our lives. And we have a contract that secures our jobs, guarantees us better pay and gives us the foundation to keep strengthening our union.” 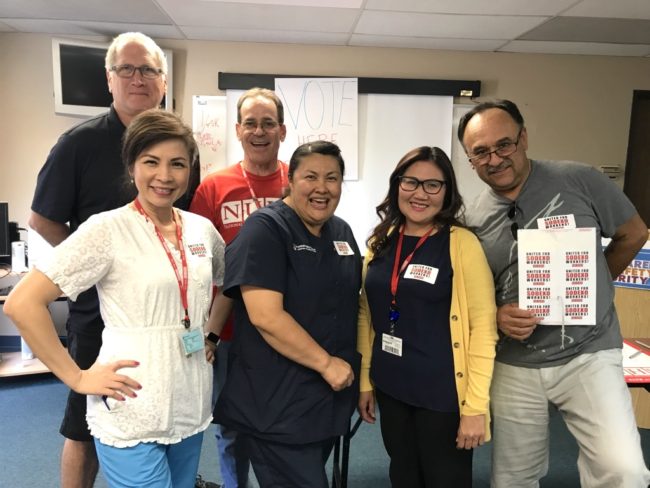 After nine months of negotiations, caregivers voted 88 percent to ratify the contract. The settlement comes on the heels of a successful informational picket last month during which more than 200 people rallied outside the hospital.

“Our members fought hard, and they won a contract that finally gives them the respect they deserve,” NUHW President Sal Rosselli said. 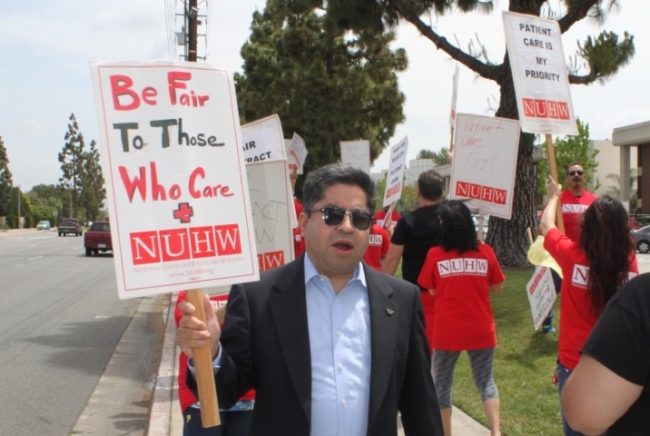 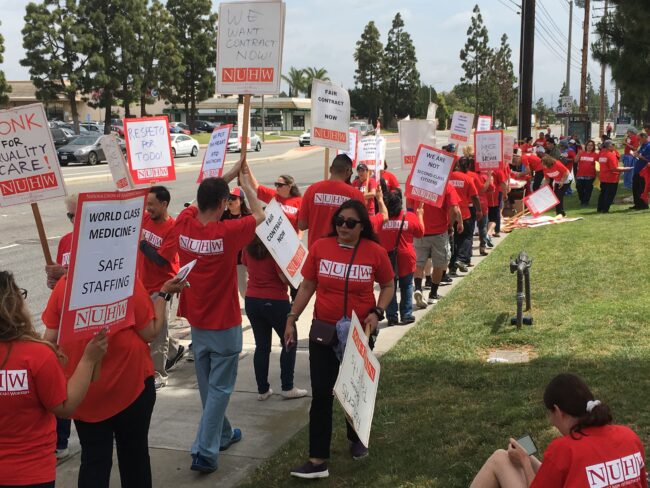 Hundreds of caregivers rallied for a fair contract.

Coverage from the OC Weekly of our contract campaign: