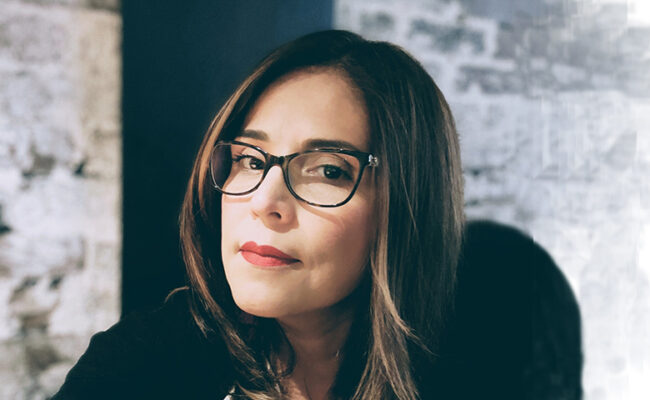 Fighting the recall, one call at a time

When an NUHW organizer asked Olivia Aguirre if she would volunteer to defeat the recall of Gov. Gavin Newsom, she offered to start right away — more than two months before ballots had to be returned.

“He said, ‘we’re not ready,’” Aguirre recalled. “I said, ‘look for someone who needs a volunteer and get me ready.”

Aguirre, a marriage and family therapist working for Kaiser Permanente in San Diego, has been one of NUHW’s most prolific anti-recall volunteers. As of August 24, she had spent 20 hours calling Spanish speakers in the Imperial Valley east of San Diego.

“I want them to know that we’re reaching out to them, too — that they matter,” Aguirre said of the people she’s calling, many of whom, like her, emigrated from Mexico. “I sound like them. I look like them. Maybe they’ll listen? And, even if they don’t, they’ll know someone like me cares about them.”

This is Aguirre’s second foray into political volunteering since she became a United States citizen in 2019. She feels a responsibility to be an engaged citizen, and she is grateful that Newsom last year signed SB 855, a landmark mental health bill. Aguirre is hopeful that the governor this year will sign SB 221, a bill sponsored by NUHW that would require all health insurers, including Kaiser, to provide mental health therapy appointments within ten business days. Many of her patients are currently waiting several weeks between appointments.

But Aguirre sees more than just an ally for mental health care in Gov. Newsom; she sees a caring person. Prior to joining Kaiser, Aguirre worked at Family Health Centers of San Diego, where through a grant from the Minority AIDS Initiative, she treated many people who were unhoused and living with HIV/ AIDS.  As COVID-19 swept California, Newsom provided funding to shelter people served by the nonprofit in hotels.

“I think he honestly cares,” Aguirre said. “Newsom has been very supportive of that population, and that is important to me.”

Now, Aguirre is working to make others understand how important it is to keep Newsom in office. Political analysts have said that a strong Latinx turnout is key to defeating the recall, but Aguirre said most of the people she’s calling tell her they’re undecided.

“It’s not pretty,” she said. “I thought that since they’re registered Democrats that they would be supporting Newsom, but that’s not necessarily the case.”

While Aguire does her best to persuade her fellow Californians to oppose the recall, her six-year-old twins, Renata and Daniel, don’t need any convincing. Aguirre wants her volunteer work to help them understand not only which politicians are good, but how they can make the world better.

Recently, Renata told her mom that she wants to have an affordable restaurant someday that is fair to everyone. When Aguirre asked what she meant, her daughter responded, “Remember, there are a lot of people who don’t have money. They could never afford a restaurant. I want it to be fair.”

“Even if I don’t inspire anyone else, I know I’m inspiring my daughter,” Aguirre joked.

Working full-time and volunteering with six-year-old twins isn’t easy, but Aguirre has no complaints. “I’m not entitled,” she said. “I know that if I don’t do my part, nothing will ever change.”

So Aguirre plans to keep calling people right up until September 14, and she’s hoping the responses start making her more hopeful about the outcome. “I’m nervous,” she said. “I think the possibility of a recall is real, but I’m not giving up.”

If you are an NUHW member who would like to join your union siblings in helping to defeat the recall, please fill out this online form, and a political organizer will be in touch to discuss volunteer opportunities in your county.