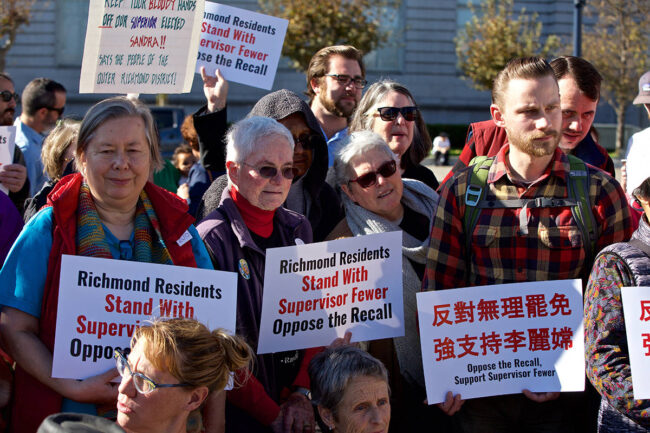 This op-ed was originally published in the San Francisco Examiner.

As Supervisor Sandra Fewer faces a needlessly divisive and completely wasteful recall effort, she can count on vigorous support from the 15,000 members of the National Union of Healthcare Workers.

Our members endorsed Fewer three years ago, and she has proven herself in office as a fearless advocate for all San Franciscans.

Supervisor Fewer has played a critical role in addressing our City’s affordable housing shortage, strengthening services for seniors and enshrining our commitment to racial equality and immigrants’ rights into San Francisco law.

She has also been a tireless advocate for quality services, and responsible business practices that benefit all of San Francisco’s residents.

Most importantly, Supervisor Fewer has been a champion for San Francisco workers struggling to make ends meet in one of the world’s most expensive cities.

Our union represents mental health clinicians at Richmond Area Multi-Services, a nonprofit that provides behavioral health care for San Francisco students and many members of the City’s Asian-American community.

When the nonprofit was struggling to pay its workers a competitive wage and keep them from leaving for other opportunities, Supervisor Fewer led the effort to secure more funding for the nonprofit so that it could continue to perform its vitally important work, with a strong, stable workforce able to provide culturally competent care.

If you look at her record, Supervisor Fewer should be re-elected in a landslide next year.

There is no justification for a recall effort. We need strong leaders like Supervisor Fewer who aren’t afraid to speak out when massive independent expenditure campaigns pump out misleading information that poison our politics.

The recall effort is an irresponsible stunt. A recall election would take place less than four months before Supervisor Fewer is up for re-election in November of 2020. All a recall would do is waste money and divert attention from addressing critical issues including homelessness and our city’s mental health crisis.

That’s why NUHW joins our allies in urging District 1 residents and all San Franciscans to oppose this destructive endeavor, and in calling on its sponsors to withdraw their recall petition.

Sal Rosselli is president of the National Union of Healthcare Workers, which has 15,000 members including 1,000 in San Francisco working at Kaiser, California Pacific Medical Center, Richmond Area Multi-Services, Inc. and other facilities.