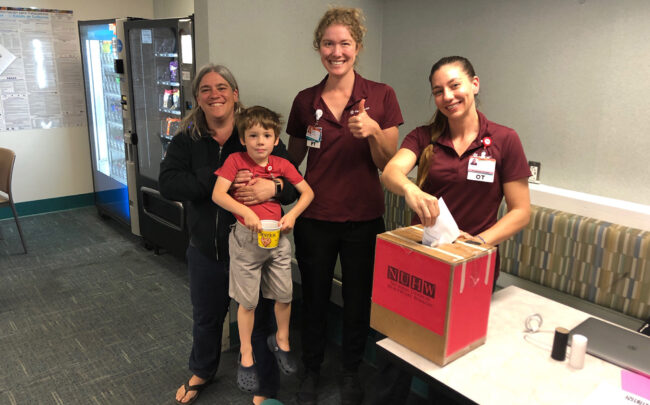 After more than a year of negotiations, NUHW-represented professionals at Dominican Hospital in Santa Cruz agreed to a first contract that will address longstanding wage inequities and help protect jobs from being subcontracted.

Workers will get minimum 15 percent raises over five years, but many will get bigger increases to make up for years of being underpaid. Workers whose wages are below the newly instituted wage scale will be brought up to the scale by the third year of the contract. Workers who are below the wage scale and have worked at Dominican for more than 15 years will see wages jump as much as 7 percent in the first year of the contract and 11 percent in the second year.

“For us, guaranteed raises and regular cost of living increases will reduce burnout and, in turn, improve the quality of care we deliver to patients,” Annie Stepka, an occupational therapist, said. “Similarly, protection of our jobs from employer subcontracting means we can invest in more qualified and more experienced staff, which results in better care for our community.”

Workers at Dominican formed a union with NUHW after the hospital initiated a joint venture with another hospital company that amounted to an outsourcing of the hospital’s outpatient rehabilitation program.

In transitioning the program to an outside operator, Dominican professionals lost their job security and had their benefits slashed. In some cases, professionals who’ve been performing the same job for years had to reapply and interview four times for the same position.

Under the contract, Dominican would have to give workers 90-day notice if it intends to subcontract and bargain it with the union, which could strike over the proposal.