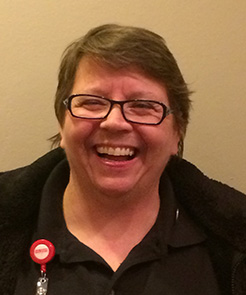 “I think our economic proposals are very fair. I hope that management responds in a way that respects all the hard work we all do every day.”
— Linda Ruest, Central Distribution,
Cal Campus

In response to our economic proposals, management’s negotiator asked for more time to analyze our proposals and asked for our bargaining date on February 18 to be postponed for February 26. In the interest of making contract negotiations productive, our bargaining team agreed. The upcoming bargaining dates are: February 26 and March 7 at 1 p.m. in the Bothin Auditorium at the Cal Campus, 37oo California Street. All members welcome to attend