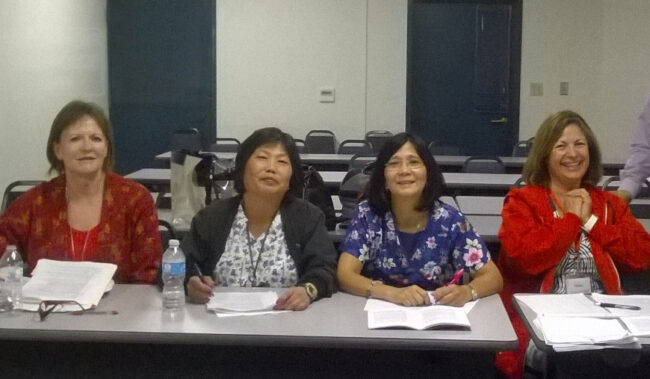 NUHW members at Santa Rita Jail and Glenn Dyer Detention Facility in Alameda County recently ratified a three-year agreement with 92% approval after a year of contentious bargaining with Corizon Health Services. Bargaining went down to the wire, with the members authorizing a strike and the bargaining committee delivering a ten-day strike notice before settling on an agreement with the employer.

The new contract includes a 10% across-the-board increase in wages over three years, improvements to the tenure scale, and a ratification bonus of $1,500 per person for full-time workers and $750 for part-time and per diem workers.  The final agreement was a major improvement over what the employer initially brought to the table – massive cuts to benefits and a wage proposal that would have seen members losing money for three years.

Other improvements to the contract include defraying the cost of increased health insurance premiums, an additional floating holiday, and revised staffing language that gives members a voice at the table.

“When our bargaining team went back to work the day after settling the contract, our co-workers gave us a standing ovation!” said Zeny Gutman.

“The contract improves on our previous contract,” said Gutman, who led her co-workers out of SEIU–UHW when that union failed to settle a contract. “SEIU–UHW was useless when it came to taking on Corizon. After SEIU–UHW provided no representation and failed for more than a year to settle a contract, we voted to join NUHW. NUHW put all the union’s resources into the fight. They worked closely with our bargaining team to pursue and achieve our goals.”

One issue that wasn’t fully addressed in bargaining was staffing:  Corizon consistently fails to schedule enough employees to complete the work in a safe and timely manner. As a result, we will work on improving staffing at the two facilities by working with local management as well as Alameda County politicians and community leaders.