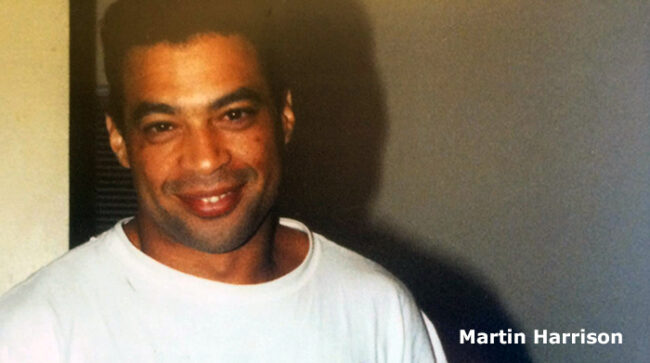 Alameda County and Corizon Health, Inc., the for-profit corporation that contracts with the county to provide heathcare services for inmates at Santa Rita Jail in Dublin and the Glenn Dyer Detention Center in Oakland, agreed Monday to the largest civil rights wrongful death settlement in California history.

Corizon and the county settled a lawsuit for $8.3 million with the adult children of Martin Harrison, a 49-year-old Oakland man who was Tased and beaten into unconsciousness by ten Alameda County sheriff’s deputies at Santa Rita Jail in 2010. The settlement was reached after one week of a scheduled ten-week trial. In 2013 the county settled with Harrison’s fifth child, a minor, for $1 million in a separate lawsuit.

It’s the second time in recent weeks that Corizon has met with unwelcome headlines. According to a Jan. 22 story in the New York Times, the New York State Commission of Correction, a watchdog agency overseeing jails and prisons, found that gross incompetence by Corizon medical personnel and correction officers at Rikers Island led to the death of a mentally ill inmate who was found naked and covered in feces after being locked in a cell for six days. The agency is calling on the U.S. Justice Department to launch a federal investigation into possible civil rights violations at the Corizon-run prison.

Under the terms of the statewide injunction stemming from the Alameda County case, Corizon, which bills itself as the nation’s “biggest and best” correctional healthcare provider, must implement major changes in how it staffs jails throughout California. The lawsuit revealed that Corizon was using licensed vocational nurses (LVNs) to do the intake medical assessments that state law requires be performed by registered nurses (RNs) or by an LVN working under the supervision of an RN or a physician. This illegal staffing policy saved Corizon about thirty-five percent in labor costs while putting inmates at risk.

Corizon assigned an LVN to do an unsupervised intake medical screening that should have resulted in Martin Harrison being put on alcohol withdrawal protocols which would have allowed him to safely detoxify. Instead, he was sent into the general jail population without medical follow-up. Two days later, Corizon’s negligence sent  Harrison into delirium tremens, severe alcohol withdrawal that is often fatal. He was placed in isolation after he began hallucinating. Fourteen hours later, a deputy entered Harrison’s cell, found him in a distressed state, shoved him to the back of the cell, Tased him twice, and called for backup, claiming that Harrison was attacking him. Nine deputies arrived and beat, kicked, and Tased Harrison into unconsciousness. He died two days later at Valley Care Medical Center.

Harrison had been arrested for jaywalking in Oakland when a warrant check revealed a bench warrant for his arrest for failing to appear in court a few months earlier on a DUI charge resulting from a car accident in which no one was injured.

“My father, he was a nice guy,” said Martin Harrison Jr., 26, of San Francisco, at a Tuesday press conference. “He made one mistake and it cost him his life.”

The injunction, which also requires Alameda County to train its correctional officers to recognized signs and symptoms of alcohol withdrawal, will be overseen for four years by Judge Jon S. Tigar of the United States District Court for the Northern District of California.

“This settlement is going to change the business of correctional medicine around the country,” said Julia Sherwin of Haddad & Sherwin, the Oakland civil rights law firm representing the Harrison family. “If California inmates are entitled to have RNs do the work of RNs, then so are inmates in Arizona, Florida, Alabama, New York, Michigan, and every other state where Corizon has contracts.”