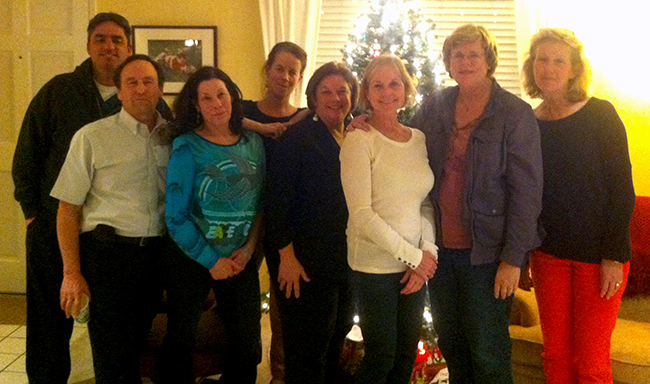 After nearly two years of negotiations and a final marathon bargaining session that went well into the night, the social workers and occupational, physical, and speech therapists of Visiting Nurses Association of Santa Cruz reached a tentative agreement with Sutter Health for their first union contract. Members unanimously ratified the contract a week later.

The three-year contract includes a ratification bonus; a seniority- and experience-based wage scale with guaranteed increases; seniority rights; a grievance procedure with binding arbitration; a labor–management committee to address day-to-day concerns; additional PTO accrual; and maintenance of the current health plan until transitioning to the Sutter-wide health plan in 2017.

Labor Board says Kaiser broke the law in reneging on Optical workers’ contract
The National Labor Relations Board has sided with NUHW in our claim that Kaiser broke the law by reneging on the contract our Optical members agreed to in March. Before issuing a formal complaint against Kaiser, the NLRB gave Kaiser a chance to settle with the condition that the settlement include an admission by Kaiser that they broke the law. Kaiser refused to admit wrongdoing so the NLRB issued the formal complaint and scheduled a December 7 hearing before an administrative law judge.

The contract Optical members agreed to was Kaiser’s last, best, and final offer, and it includes retro pay going back to 2012. In fact, every offer Kaiser presented to Optical members over the past two years included retro pay. But after NUHW members accepted the final offer in March, Kaiser claimed that the inclusion of retro pay was “a mistake” and refused to honor the contract.