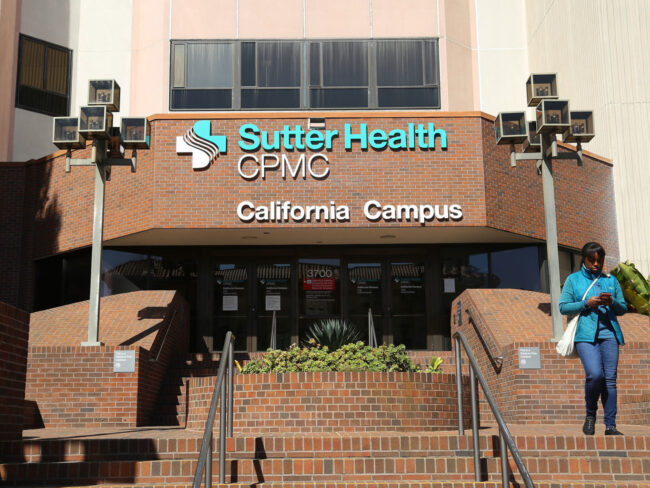 Want to know why San Francisco is the nation’s second-most expensive city to deliver a baby?

The complaint, filed last month in San Francisco Superior Court, alleges that Sutter has used its near monopolistic might across Northern California to unfairly drive up costs for patients, and that part of the windfall is going into the pockets of the nonprofit’s millionaire executives.

When it comes to giving birth, the price for a vaginal delivery is $15,204 in San Francisco, where Sutter’s California Pacific Medical Center controls one-in-four hospital beds. The only American city where it costs more, unsurprisingly, is Sutter’s home base of Sacramento, according to a 2016 report by Castlight Health, a company that analyzes medical costs.

Referencing the UC Berkeley report, Becerra wrote, “Much of the increased cost of healthcare in Northern California is attributable to Sutter and its anti-competitive contractual practices which it has imposed as a result of its market power.”

With 24 acute care hospitals, 31 ambulatory surgery centers and 8,200 doctors across 19 Northern California counties, Sutter has “made itself immune from the forces of price competition,” Becerra wrote.

Like a cable television provider, Sutter bundles its services, preventing insurers from substituting a less expensive alternative “without also losing access to all of Sutter’s other hospitals in Northern California,” according to Becerra. He also accused Sutter of setting excessively high out-of-network rates and not being transparent about cost data.

Sutter has used its market share to make health care costs rise even faster than housing prices. Research from the insurer Blue Shield found that it paid hospitals owned by Sutter and Dignity Health more than doubled between 2004 and 2013. Those costs trickle down to patients who pay more for premiums and are often pushed to accept health plans that provide less coverage.

Even Sutter’s own employees here in San Francisco haven’t been immune. As the union representing hundreds of CPMC employees, we have repeatedly had to fight Sutter’s attempt to raise their healthcare costs.

Sutter’s conduct has helped it boost its operating revenue from $9.5 billion in 2012 to $11.8 billion in 2016, Becerra found. He also found that the biggest winners weren’t patients but Sutter executives, 18 of whom were paid more than $1 million in 2016, according to the company’s most recent financial report.

That same year, Sutter provided the second-lowest amount of charity care as a percentage of revenue among the nation’s twenty largest health care systems, according to a Modern Healthcare analysis.

Here in San Francisco, we’ve participated in community coalitions to pressure Sutter to find new homes for patients in its Alzheimer’s ward that it’s closing, and at least temporarily retain precious beds for patients who need extensive aftercare.

Sutter needs a serious attitude adjustment. It must go from being pro-profit to pro-patient. We can only hope that Becerra’s lawsuit starts that transformation. If he succeeds in ending Sutter’s “anti-competitive conduct,” patients across San Francisco and Northern California will start getting better care at lower prices.