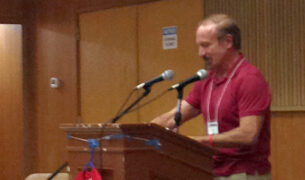 Caregivers, patients, and community members rallied in front of Doctors Medical Center in San Pablo July 1 to call on the county to preserved the facility as a full-service hospital. West Contra Costa County residents need more than a stand-alone emergency room.

Our First Leadership Conference was a Resounding Success!

Last Saturday, October 12, 2013, two hundred NUHW-CNA rank-and-file and staff leaders gathered at the Hilton Garden Inn in Emeryville for our First Annual Leadership Conference, organized around the theme of “Standing Up for Patients and Workers.” The meeting opened with a welcoming letter from Congresswoman Barbara Lee, who is the elected official representing the East Bay Area […]