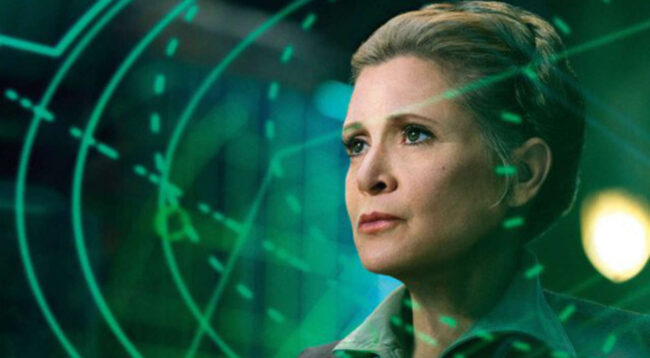 This op-ed by NUHW members Elizabeth White, Natalia Salinas and Clement Papazian originally ran in the Mercury News and the East Bay Times.

As therapists, we were astonished to see so many people honor Carrie Fisher’s legacy by sharing their own struggles with mental illness.

Their coming out messages on Facebook and Twitter may one day herald a new era of acceptance for millions of people who too often have been blamed for conditions that are as arbitrary as the color of their skin.

But if you visit our hospitals and clinics, you’ll see that the stigma surrounding mental illness hasn’t gone away just yet.

It’s still common for us to treat young patients with schizophrenia or bipolar disorder who are open about their alcoholism and drug addictions, but deny hearing voices or having psychotic episodes.

That was Fisher’s own experience. She was diagnosed bipolar at age 24, but refused to accept it or the possibility that she was self-medicating with drugs and alcohol for another four years.

Unfortunately with mental illness, time is of the essence. If you don’t get a handle on it quickly, the disease becomes more entrenched and subsequent episodes become harder to treat.

When it comes to helping people confront their illnesses, we can’t understate the importance of people like Fisher, who patients see as “normal” even as they embrace their imperfections.

Because so many of our patients start experiencing symptoms in their 20s, they have also drawn strength from the experiences of Demi Lovato, a young Latina pop star, and Brandon Marshall, an NFL Wide Receiver, who have broken taboos by talking openly about their mental illnesses.

But even as they have helped lessen the stigma, we shouldn’t assume that it will become a thing of the past. Those primal screams posted on social media this week are a reminder of just how heart-wrenchingly difficult it remains to speak openly about mental illness in our society.

It’s telling that Fisher has been celebrated more for her contribution to mental health awareness than to feminism or film. In the 40 years since she starred as Princess Leia, we’ve seen many powerful women on the big screen refusing to conform to outdated gender stereotypes. But we’ve seen precious few people strong enough to share their struggles with bipolar disorder.

Our patients, of course, need more than role models. They need more research, drugs with fewer harmful side effects and true parity between the care of mental and physical health.

To its credit, California is a leader in legislation mandating access to therapy. Those laws helped us and the National Union of Healthcare Workers successfully compel Kaiser last year to hire more clinicians and begin a dialogue about how it can become a national leader in mental health treatment.

Ending the stigma will never be easy in a culture that glorifies competition and conformity. Most young people want to be like everybody else. They don’t want any illness, especially one they think will keep them from living a normal, productive life.

That’s one area where Fisher was so vital. Not only did she achieve stardom while learning to live with a mental illness, she let people know there was more than one way to define success.

“If there’s a choice between companionship and anything else – especially career – choose companionship,” she wrote in a piece for Oprah magazine. “It’s the only thing that has the potential to last.”

A Jedi master couldn’t have said it better.