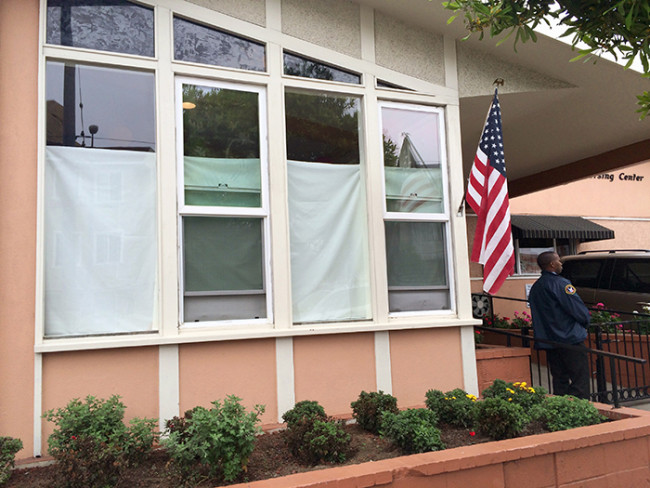 Providence blacked out the windows during the two-day strike to prevent residents from cheering on the workers as they did during the previous strike in July.

Fifty NUHW-represented caregivers at San Francisco Nursing Center went on strike for two days, Thursday and Friday, August 20 and 21, to protest drastic unilateral cuts made to their healthcare coverage by the facility’s new owner, Utah-based Providence Group, Inc. (See slideshow and video below.)

Workers picketed in front of the facility at 5767 Mission Street where they were joined by San Francisco Supervisor John Avalos, Jobs With Justice,  Filipino Community Center members, Alex Walker from Assemblyman Phil Ting’s office, and Teamsters Organizer Mario Santos, who led the successful effort to decertify SEIU at the nursing center in 2010. KPIX Channel 5 broadcast a report on the strike Thursday.

During a one-day strike last month, the nursing center’s residents sat in the common area at the front of the building where they watched the picket line through the building’s large front windows and cheered in support of the workers. This time it was a different story. The facility’s managers blacked out the windows, depriving the residents not only of a full day of entertainment, but of sunlight and a view of the neighborhood.

“It just makes the residents depressed,” said Certified Nursing Assistant Cynthia Yee, shaking her head. Yee said many of the residents said they would protest in solidarity with the workers by staying in bed and not participating in the usual daily activities. 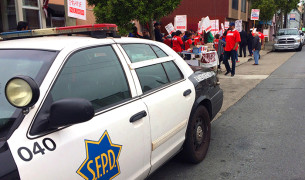 Providence called the police on its workers during a strike in July.

At least Providence didn’t call the cops this time. During last month’s strike, SFPD officers, summoned by Providence to arrest “trespassers” — a delegation of public officials who entered the building to speak with management — arrived to find San Francisco Sheriff Ross Mirkarimi walking the picket line in solidarity with the workers. The officers exchanged greetings with the sheriff, then met with management to inform them that the workers and their delegation were well within their rights.

Providence Group bought San Francisco Nursing Center in May and, with little notice, unilaterally scrapped SFNC employees’ Kaiser Permanente healthcare plan and forced them into a markedly inferior plan that boosts their out-of-pocket costs and saddles them with sky-high deductibles. With the stroke of a pen, CEO Jason Murray shifted 90 percent or more of the company’s healthcare costs to its workers and thereby transferred at least $31,500 a month — $378,000 a year — to Providence’ bottom line, according to calculations by NUHW. Many SFNC workers cannot afford the more expensive plan Providence has put in place. Only half of the workforce has enrolled in it; many have been forced to instead rely on taxpayer-funded safety net programs like Medi-Cal.

Meanwhile, the cuts are driving experienced SFNC caregivers, who know the residents’ daily needs and habits, to leave the facility. Last week, a longtime SFNC caregiver left for a job at a nursing home that provides better benefits and working conditions.

Providence Group’s SFNC employees, who provide quality care to San Francisco’s elderly population while earning wages as low as $14 an hour, are grappling with a huge increase in their cost of living that threatens to drive them and their families out of one of the nation’s most expensive cities. Paired with the cuts Sutter Health is attempting to force upon its employees at California Pacific Medical Center, Providence Group’s actions at SFNC are contributing to a drastic decrease in the quality of life for San Francisco healthcare workers that will only accelerate the rapid gentrification of the city, which has seen people of color evicted from their homes at alarming rates — rates that have jumped more than 170 percent in recent years.

“These sudden cuts to our healthcare will make it difficult to recruit quality caregivers in the future,” says Cynthia Yee, “and that will undermine the quality of care SFNC residents receive.”

During the July 22 strike, Providence assured a delegation that included Supervisor John Avalos, San Francisco Labor Council Executive Director Tim Paulson, and Hillary Ronen from District 9 Supervisor David Campos’ office that Providence was eager to return to the bargaining table to reach an agreement with workers on their healthcare coverage. However, Providence rejected eight bargaining dates proposed by the workers, effectively postponing negotiations for more than a month, and has informed the workers that they are taking the workers’ Kaiser plan off the table in retaliation for striking.

Providence Group is apparently operating under the assumption that a workforce composed almost exclusively of women of color won’t have the strength to stand up to them. But San Francisco Nursing Center’s fifty caregivers, with the support of many of the center’s residents and their families, as well as city and community leaders, are doing just that, having voted unanimously to strike for a second time. Their demand is simple: that Providence Group negotiate with the workers over changes to their health plan.

“No one wants a strike,” says Cynthia Yee, “but Providence left us no choice. They’ve shown profound disrespect for a staff of dedicated caregivers by refusing to consult with us over major changes that impact our families and our livelihoods.” 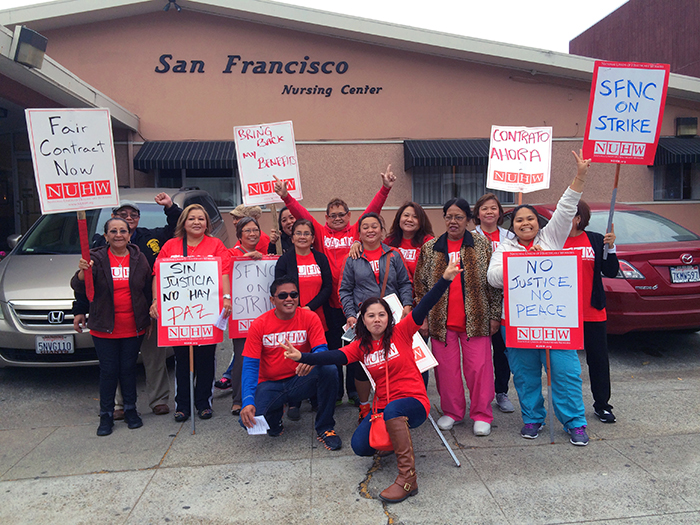 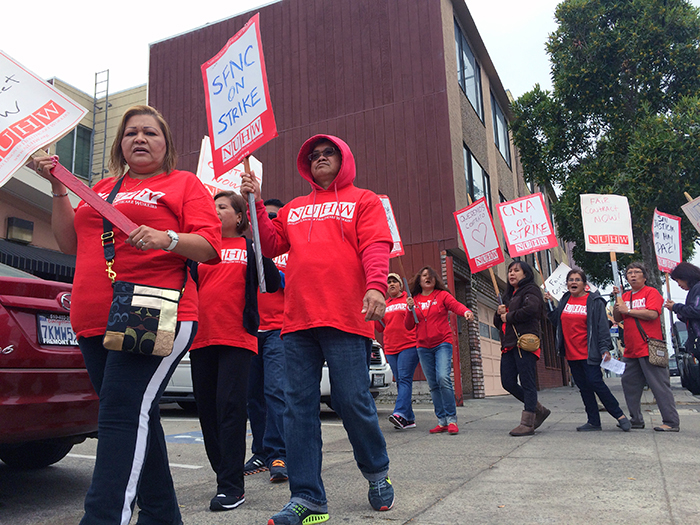 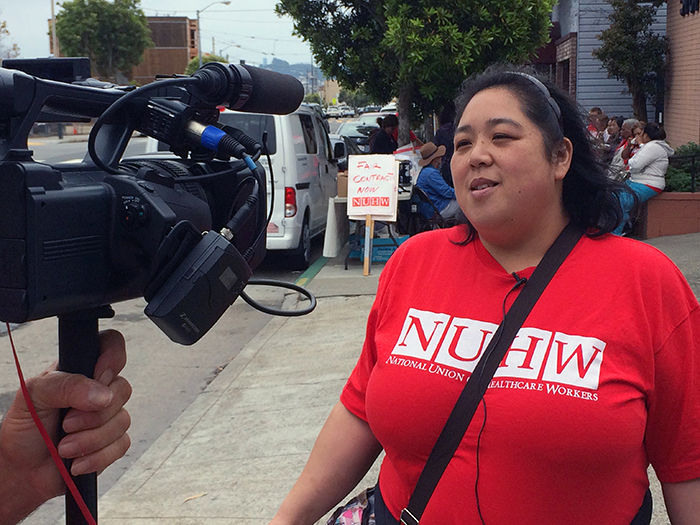 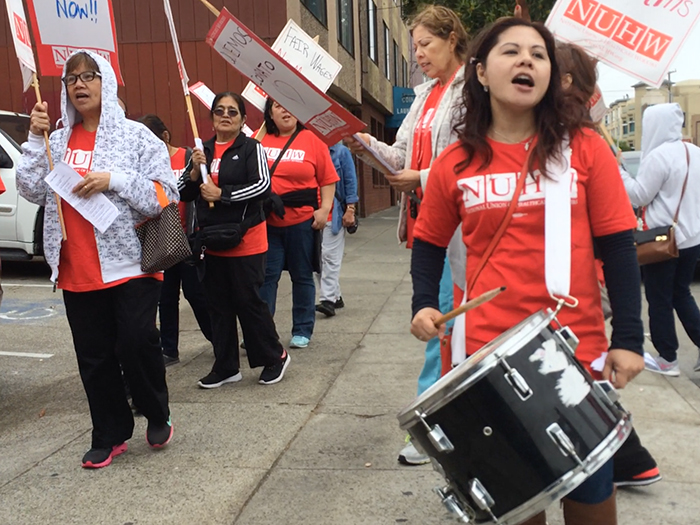 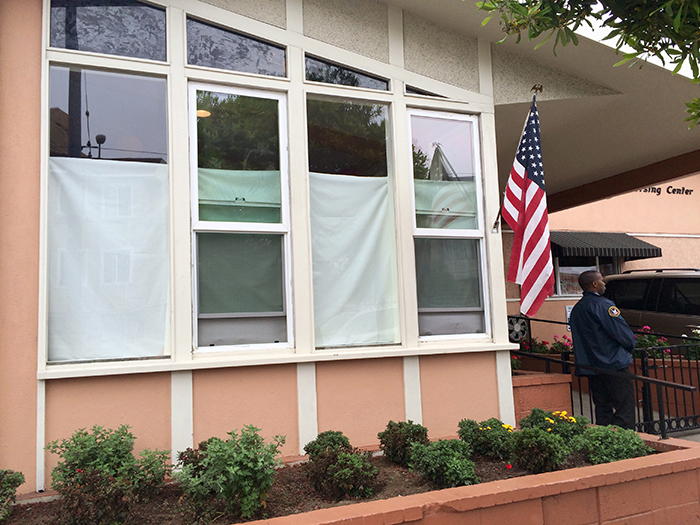 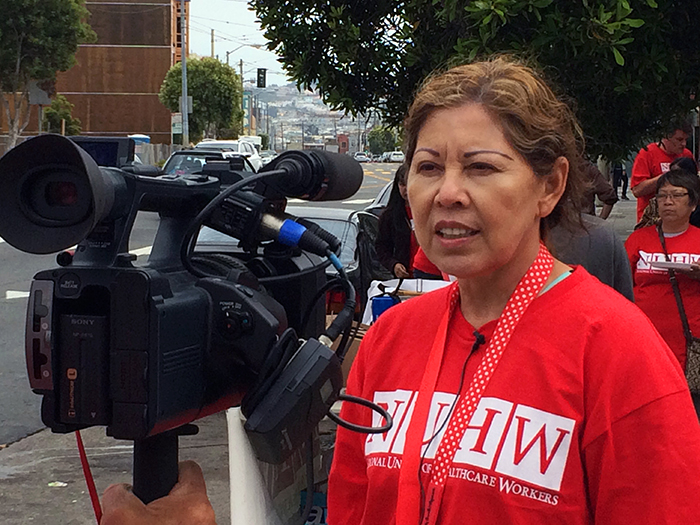 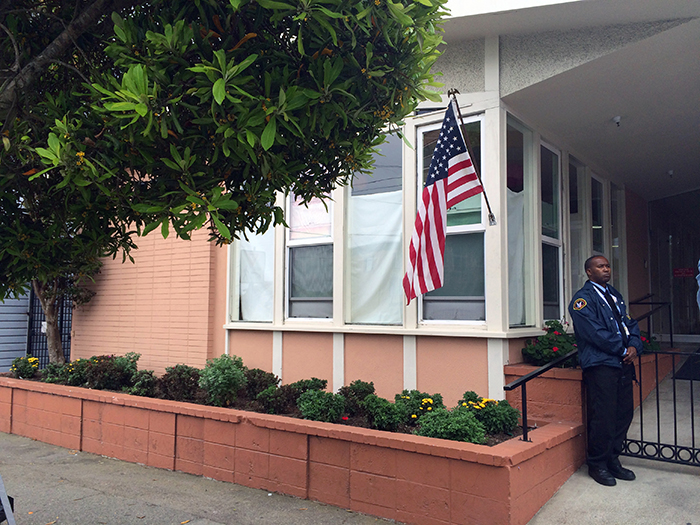 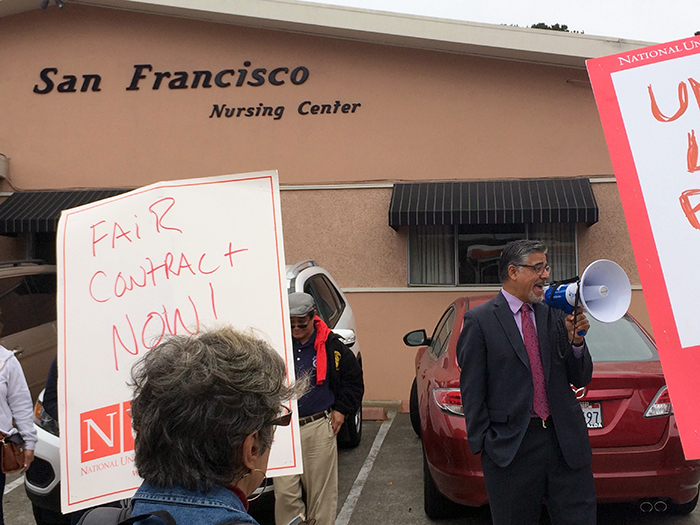 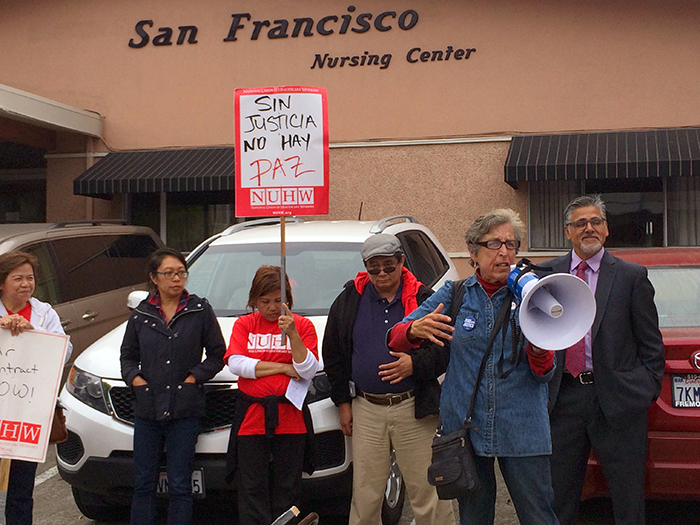 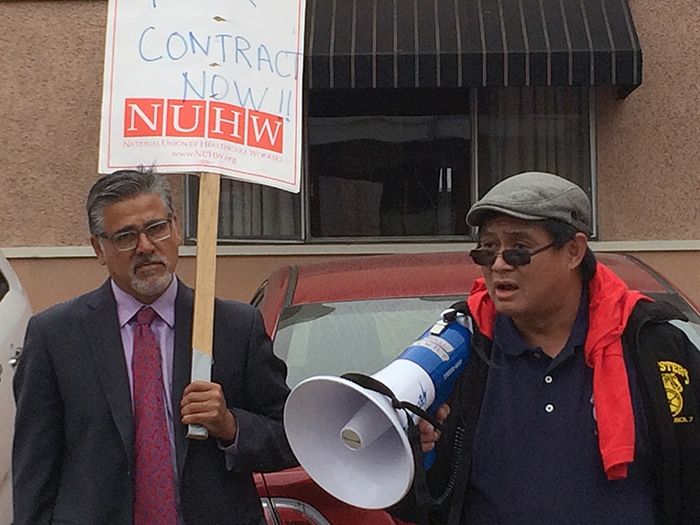