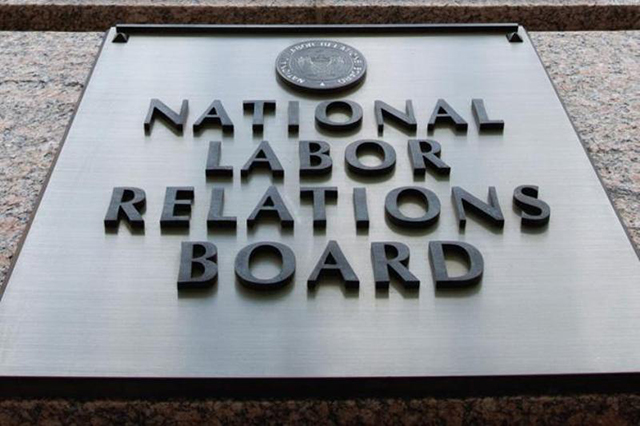 NUHW members were among thousands of union workers who worked to elect Joe Biden last year. And, President Biden wasted no time in showing that he truly is a friend to working people.

One his first day in office, Biden fired Peter Robb, the Trump-appointed general counsel for the National Labor Relations Board, after Robb refused a request from the new administration to resign.

Traditionally, an incoming president allows the NLRB general counsel to serve out the remainder of their term, but unions across the country had called for Robb’s immediate removal, pointing to his record of siding with employers in key cases and limiting the authority of the agency’s regional offices.

Brandon Magner, a labor lawyer who writes the newsletter Labor Law Lite, told the Washington Post that the agency had lost a quarter of its staff since Robb took over, which had limited its enforcement of the law

“Robb’s mission in accepting the general counsel job wasn’t just to reverse Obama Board decisions and create pro-management precedent. It was to destroy the agency as we currently know it,” Magner wrote. “Robb’s firing is being described as a political power play by Biden, and maybe it is in some respect. But it was more so an action to protect the agency from permanent incapacitation.”

When asked about the firing at a press briefing, White House spokeswoman Jen Psaki said Robb was not upholding the mission of the NLRB.

“That’s an individual who was not carrying out ― anyone would tell you, not just from our administration ― the objectives of the NLRB,” she said.

Biden has designated Peter Sung Ohr to serve as Acting General Counsel of the National Labor Relations Board.

“As a career employee of the NLRB, I am especially proud to continue my work with the smart and dedicated agency staff to vigorously enforce the mission of the NLRA,” Ohr said in a prepared statement. “I look forward to actively engaging the public to ensure workers’ fundamental rights of association at the workplace are protected to the fullest extent of the law.”