The May 29 picket came just weeks after NUHW-represented Sodexo workers at nearby Fountain Valley Regional Hospital won a contract that provided up to 42 percent raises over the next 18 months.

Sodexo workers at Los Alamitos, several of whom make as little as $11 per hour, are seeking minimum hourly wages of just under $15 as well as free health insurance. They were joined on the picket line by representatives of Assemblywoman Sharon Quirk-Silva and members of Clergy and Laity United for Economic Justice. 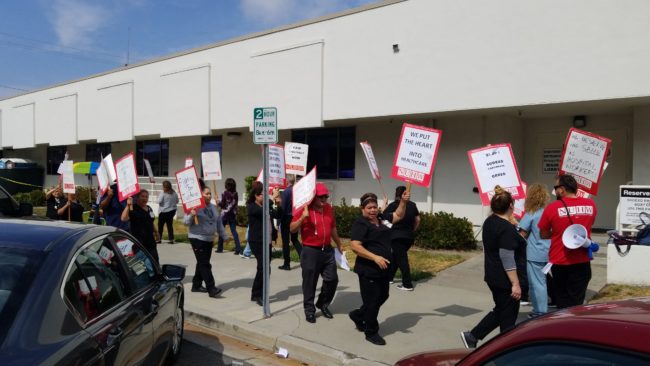 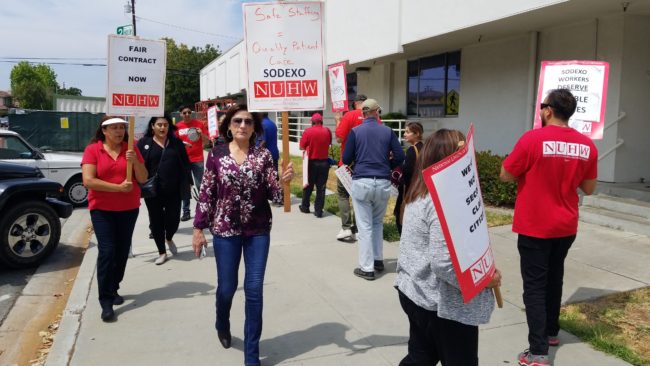 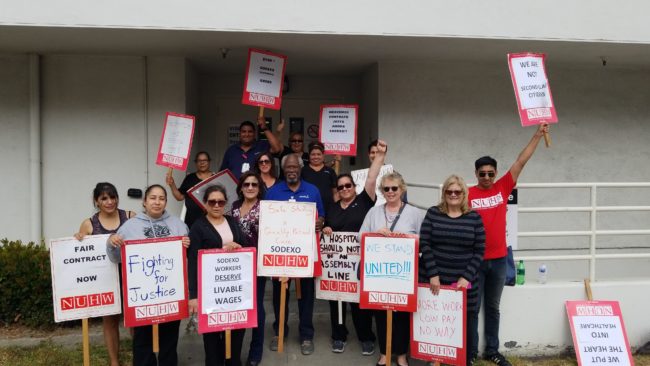