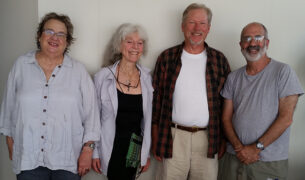 Northern California NUHW retirees invite our colleagues in Southern California to join us in building a union-wide Retirees Committee. The group will be focusing on supporting NUHW’s collective bargaining, informational picket lines, and strikes, as well as our political and legislative program. We seek to align ourselves with coalitions of union retirees in California. We […] 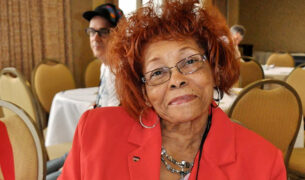 Eloise Reese-Burns has been a leader in NUHW from the beginning in 2009, and well before that in SEIU–UHW and Local 250. She led her co-workers at three North American nursing homes out of SEIU following the 2009 trusteeship and has been leading the way ever since. Eloise is also a member of NUHW’s Executive […] 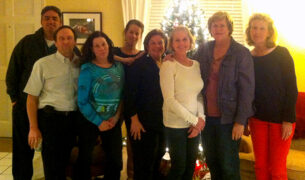 After nearly two years of negotiations and a final marathon bargaining session that went well into the night, the social workers and occupational, physical, and speech therapists of Visiting Nurses Association of Santa Cruz reached a tentative agreement with Sutter Health for their first union contract. Members unanimously ratified the contract a week later. The […]

Welcome to NUHW Pulse, our union’s new e-newsletter. It has been a busy time for NUHW — our members have been bargaining and ratifying contracts, holding strikes and informational pickets, and continuing with efforts to hold Kaiser Permanente accountable to its patients. Click here for a black-and-white leaflet version of the newsletter or here for […] 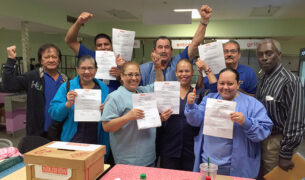